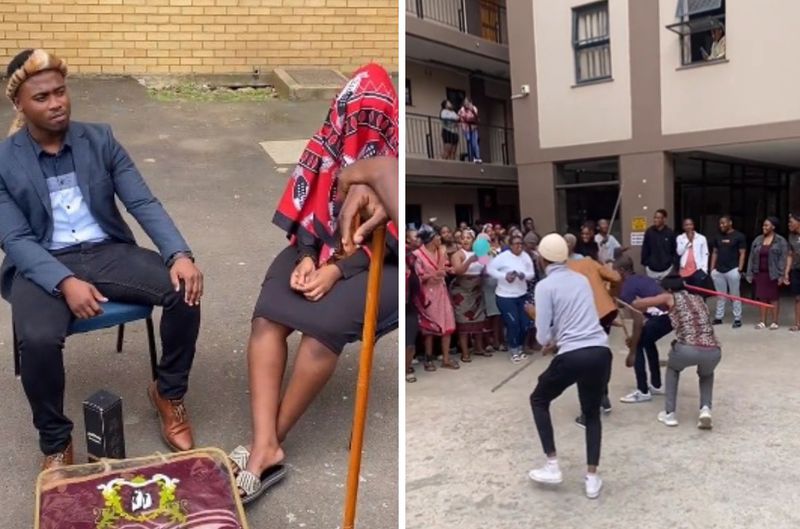 A video of a group of students attending a wedding celebration at a KwaZulu-Natal residence has fuelled renewed amusement for the “Ama2000” generation.

In a clip that is trending on social media, a group of students – known as “Ama2000” – are seen engaging in customary wedding activities.

The clip sees a young groom and his entourage fetch his “makoti” from her room at a reported KZN student residence.

In the background, scores of students sing celebration songs and cheer them on.

The bride and groom – wearing traditional Zulu attire –  are then seen sitting next to each other. On the floor is an exchange of gifts that include a bottle of whisky and a blanket.

The clip ends with the young man removing a cover from his maiden’s head – who is seen blushing in delight!

And amusing as the video appears, tweeps are equally surprised at the lengths the “Ama2000” generation goes to.

Here’s what tweeps had to say about the clip and the bridal party:

@chiwalot: “Imagine taking a loan to take your child to varsity only to see a video of them getting married!”

@_yenkosi_m: “Again Ama2000 are living their best lives at school”

According to a definition by Africtionary, Ama2000 are categorised as “South African centennials” – ie those born just before or after the year 2000.

“That’s the Skrr skrr generation. You will see them with their durags and tight pants”, it quotes.