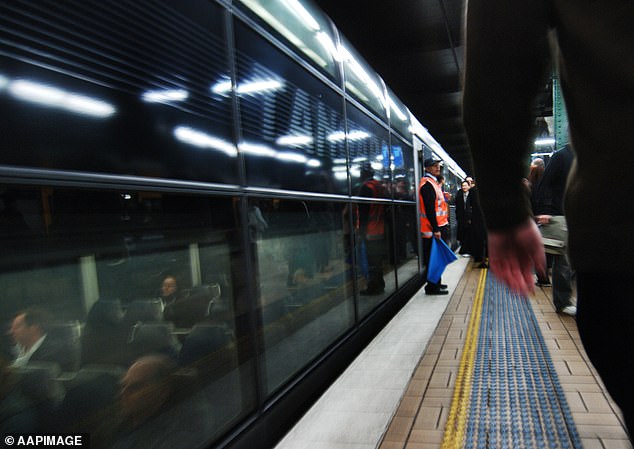 When her bag got trapped in the door, the lady lost her balance and fell between the speeding train and the platform, winning a sizable settlement.

After being critically hurt in 2016, Aluk Majok Chol won more than $1 million in a David and Goliath legal fight against Sydney Trains.

On August 4, 2016, Ms. Chol, 52, tried to enter a train at Auburn Station by slinging her purse between the doors to prevent them from shutting.

She was forced to hold onto her suitcase while waiting for the doors to open, and as the train drove out from the station, she was knocked off balance.

CCTV captured the exact moment she fell and sustained serious injuries between the edge of the platform and the speeding train.

The severity of the injuries, according to Justice Richard Cavanagh, demonstrated Sydney Train’s carelessness, and he mandated that it compensate Ms. Chol with $1,179,368.53.

According to NCA Newswire, Judge stated: “Whilst there is a question as to the level of her inability and limitations, there is little argument as to the nature of the frank injuries experienced.”

The defence team for Sydney Trains claimed that Ms. Chol was the “creator” of her own tragedy since she was inebriated and lost her balance.

Her attorney, John Catsanos SC, said that workers failed to ensure Ms. Chol was far enough away from the train when it departed the station after seeing her approach the train door and ‘allowed the train to continue to move.

He said that despite her location, they nevertheless permitted the train to start moving.

Ms. Chol said that the accident’s “catastrophic” injuries rendered her incapacitated and would need years of care and therapy.

David O’Dowd, the defence attorney for Sydney Trains, said that by trying to stop the doors from shutting, Ms. Chol placed herself in risk.

Sydney Trains asserts that the plaintiff would not have fallen if she had not been drunk, even though it does not contest what is seen in the CCTV film, Justice Cavanagh said.

The defence claimed that its staff adhered to the “established method.”

The fact that Ms. Chol was still holding her purse demonstrated how near she had been to the edge of the train, according to the judge, who refused to believe that she was inebriated.

Although Justice Cavanagh acknowledged that people often seek to board the carriage at the last minute and that trains couldn’t be delayed every time it occurred, he ruled the disaster to have been caused by a guard’s careless act of negligence.

He also acknowledged that it would be impossible to always guarantee that people were kept a safe distance from moving trains.

Ms. Chol received a judgement of $1,179,368.53, which covers general damages, past and future care, lodging expenditures, out-of-pocket payments, and future treatment and requirements.

Because Ms. Chol hadn’t filed a claim for economic damage,