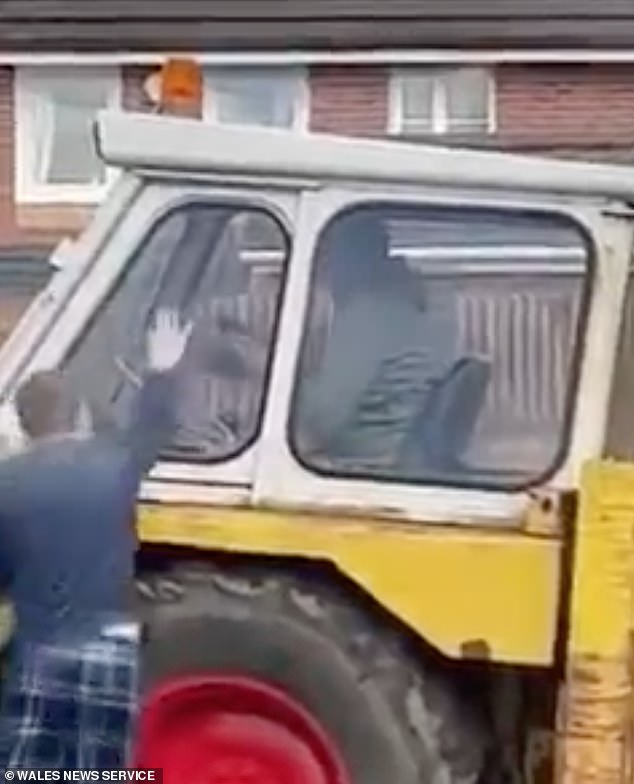 A driver was detained after a JCB excavator repeatedly slammed into a house and a car in a street during a bizarre £50,000 rampage.

Neighbors stared in disbelief as the wheeled excavator reversed before lurching forward and striking the house’s porch.

The machine operator, who was arrested on suspicion of drunk driving and criminal mischief, also crashes a silver Ford Focus into the house’s driveway with the digger’s bucket, nearly tipping it over.

Onlookers captured footage of the driver holding his phone calmly behind the wheel of the classic yellow automobile. 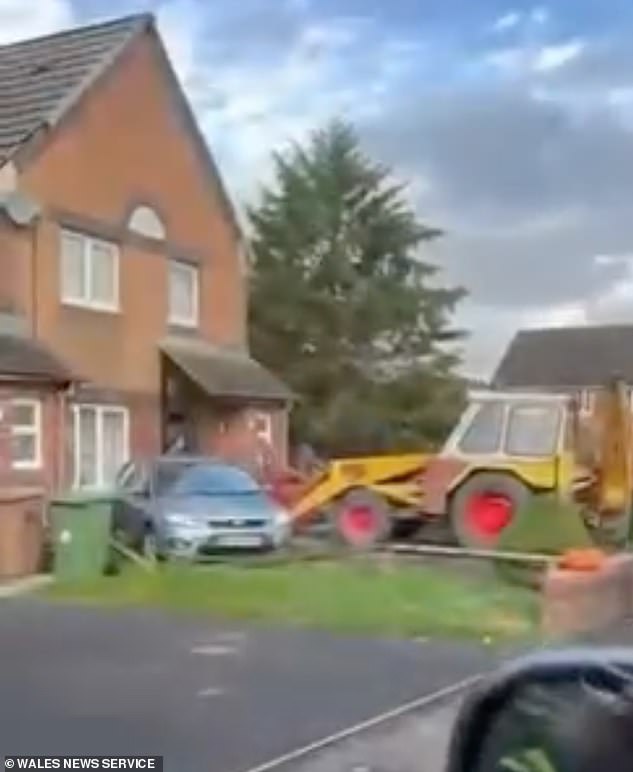 A man and woman emerge from the residence, seemingly appealing with the car to stop by waving their hands.

At one point, the man beats futilely on the taxi’s glass before placing his palms to his head in desperation.

A three-minute videotape of the Tuesday incident was captured by adjacent workers in a van and afterwards shared on the Internet.

A voice can be heard from the van stating, “Got it all on film for you, mate? Got everything on film. What the f*** is that f***head doing? F***ing joke.’

Someone else says, “Get his registration.”

Neighbors in the neighborhood are perplexed by the attack and have assessed the damage to be at least £50,000.

One individual stated, “No one knows what the hell is going on.” But there is a great deal of damage to the home and car; I’ve heard it may be as much as $50,000, but it could be much more.

There was no love lost between the man in the excavator and the house’s inhabitants. They have, however, relocated to a new location.

It was really insane.

Gwent Police stated that they were investigating the Tuesday ram raid in Blackwood, South Wales, and had arrested a man on suspicion of criminal damage and driving under the influence.

A representative for the police department stated, “At around 12:20 p.m., we received a report of criminal damage to a home in Woodfield, Blackwood.”

A 55-year-old man was arrested on suspicion of criminal damage and driving under the influence of alcohol and is currently being questioned in detention.