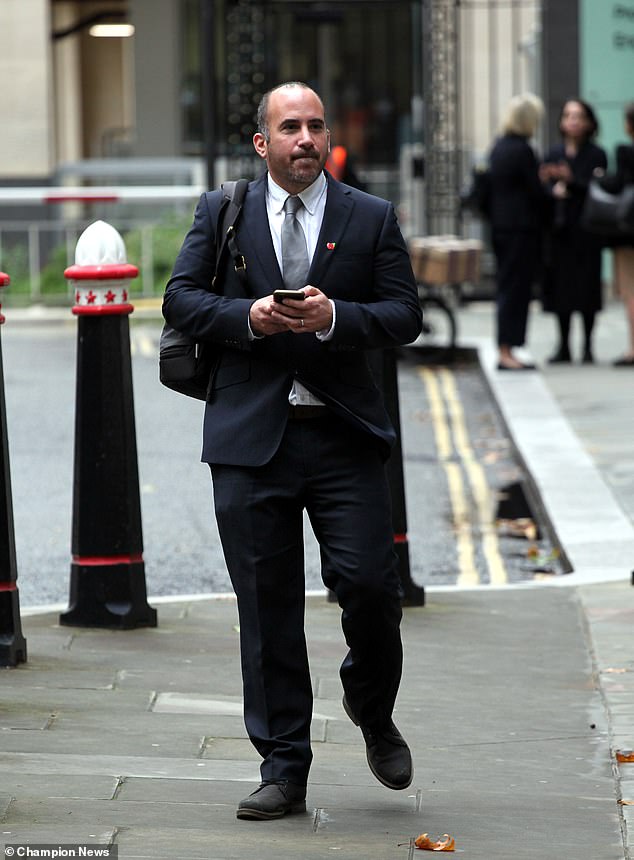 The American widow of a British entrepreneur who died on a transatlantic voyage is engaged in an inheritance dispute with her stepchildren over £4 million.

Graham Dines, 69, slipped into a coma and passed away in 2016 while on a trip from Fort Lauderdale, Florida to Southampton with his wife Helen Dines.

Helen, 68, and her stepchildren Elliott Dines, 42, and Louise Henry, 46, with whom she had a’strained’ relationship due to her affair with Graham while he was still married to their mother, according to testimony at London’s High Court.

Although he left his son his Rolex watch, Jaguar sports car, and powerboat, Graham divided the remainder of his estimated £3 million fortune about equally between Helen and his children.

Elliott and Louise are currently battling their stepmother in the High Court about who owns a series of Bournemouth rental properties valued at approximately £1.3 million.

On paper, all of the properties were either jointly or solely owned by Helen and Graham.

Elliott and Louise assert that they did not truly belong to her, but rather to his inherited business.

Graham Dines (right), 69, slipped into a coma and passed away in 2016 while on a cruise from Fort Lauderdale, Florida, to Southampton with his wife Helen Dines (left)

Through Provincial Equity Finance Ltd, their father’s old real estate investment company, which Elliott now co-owns with his sister, they are suing Helen, claiming that the money for the properties came from the company and that they should be returned.

Helen is contesting the claim on the grounds that her late husband wanted her to have his children, and she will demand a portion of the £1.5 million wealth he left them if they are taken away from her.

Graham met Helen in Boca Raton, Florida, in 1992, shortly after he and his business partner sold their vehicle business Grove Motors for more than £1 million, and the couple began dating.

The court heard that Graham was still married to his first wife Frances Dines, the mother of advertising manager Louise and Elliott, and that he already had a strained relationship with his son and daughter.

Graham’s children and Helen did not get along from the beginning, according to Simon McLoughlin, who represents the siblings’ firm filing the lawsuit against Helen.

The attorney stated that the relationship between Helen and Graham’s children was, to say the least, strained.

Elliott and Louise claim that Graham’s tumultuous relationship with Helen placed extra strains on their already strained connection with their father on occasion.

Graham and Frances divorced in February 2000, and one month later he married Helen.

His death sparked a war between Helen, 68, and her stepchildren Elliott Dines (pictured), 42, and Louise Henry, 46, with whom she had a ‘strained’ relationship having begun an affair with Graham while he was still married to their mother, London’s High Court was told

The couple thereafter enjoyed an international lifestyle dividing their time between Florida, Spain and England’s south coast, with homes in each.

Graham’s health was a cause for concern after he suffered a heart attack in 2000 and underwent heart surgery in 2008. In 2015, he was also hospitalized due to a brain hemorrhage.

Then in 2016, on a cruise from Fort Lauderdale to Southampton, while on a stopover in Lisbon he suffered a stroke or cerebral haemorrhage, fell into a coma and subsequently died.

Graham left most of his personal possessions to Helen, as well as his share of their matrimonial home in Poole, £100,000 in cash, his half share in a property in Deerfield Beach, Florida, and his pensions.

Although Elliott got his father’s Rolex, Jaguar XK8 and Bayliner 21ft sports boat, the rest – including his shares in the company and his half shares in his and Helen’s properties in Spain and Wiltshire – was split equally between his children.

But the family are now at war over 12 other properties in Bournemouth, eight in Graham and Helen’s joint names and four in Helen’s sole name.

Whatever names they were in, all were bought with company money and intended to be held on trust for the company in line with how Graham had conducted his business in the past, it is claimed.

Simon McLoughlin, for the siblings’ business, told the judge that the company (PEF) claims it is the true beneficial owner of the disputed properties.

‘Between 2002 and 2015, PEF says that it funded the acquisition of a number of properties, which were purchased in the name(s) of either Helen, Graham, Graham and Helen jointly, or Elliott,’ he told the judge.

Elliott and Louise (above) are now fighting their stepmother at the High Court over who owns a string of rental properties in Bournemouth worth around another £1.3million

‘The properties in question were almost exclusively flats in Bournemouth, which were renovated and then let and/or sold and the proceeds of such sales were frequently re-invested in the acquisition of further properties,’ he said.

He added: ‘The contemporaneous documents consistently record that the properties were intended to be and were regarded as assets belonging to PEF and that there was no intention that they – or any interest in them – be gifted to Helen Dines.’

As well as suing over the 12 properties, the company is also asking for £130,000, which Helen transferred to herself from Graham’s bank account before his death, to be returned.

They say the money belonged to the company and needs to be handed back.

But for Helen, Edward Hewitt said the transfer was perfectly legitimate, being her share of proceeds of sale of their former home, and said claims that the company provided the money for the Bournemouth properties did not ‘stand up to scrutiny.’

‘Instead, PEF must positively establish to the court’s satisfaction that PEF alone – and nobody else – provided the purchase money.

‘In short, Helen says PEF has no beneficial interest in any of the 12 properties, which are beneficially owned by her, save for one property which has been sold since Graham’s death.

‘Helen also explains that the £130,000 transferred to her represents part of her share of the proceeds of sale of her and Graham’s previous matrimonial home, which she and Graham had expressly agreed was owned equally.’

Mr Hewitt said that, in the background to the property dispute, Helen has also begun a claim against Graham’s estate seeking ‘reasonable financial provision’ under the Inheritance Act 1975.

‘Helen did not wish to challenge the terms of Graham’s will by pursuing a 1975 Act claim,’ he said.

‘However, she may be forced to do so if PEF manages in these proceedings to deprive Helen of the properties Graham intended Helen to have.

‘Helen’s 1975 Act Claim has been stayed pending determination of this claim.’

The hearing continues and the judge is expected to give a ruling on the case at a later date.