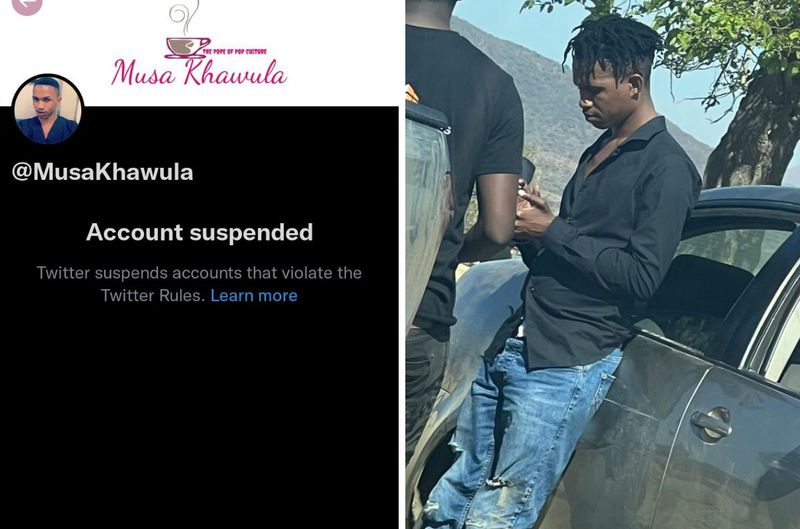 Blogger Musa Khawula – South Africa’s self-proclaimed “Gossip Girl” – always has plenty to say about the celebs in the entertainment industry. But this time, the  controversial Twitter personality has been effectively “silenced” after leaking an explicit video of muso Lulo Cafe.

On Tuesday, Musa Khawula shared a clip of Lulo Cafe – in the nude – after seemingly being secretly recorded, allegedly at a hotel.

In a Twitter space, the blogger revealed that the video was sent to him by a “friend” of the DJ, who has since deactivated his social media accounts.

The scandal is the latest in a long list of controversies for Musa Khawula.

According to IOL, the outspoken blogger appeared at the Vredenburg Magistrate court on Monday as part of his ongoing murder case.

Musa is accused of stabbing and killing Wandile Khambule in March this year they quarreled at the deceased’s home. Musa has admitted on several occasions to stabbing Wandile, but claims it was in “self-defence”.

Last month, the blogger was in a physical altercation with actor and media personality Moshe Ndiki outside a Johannesburg night spot.

But with Musa Khawula being gagged online, tweeps are celebrating, calling it “justice” for his leaking private footage of Lulo Cafe.

Some are even calling for radio station Ukhozi FM to sack Musa following the scandal.

Here’s what tweeps had to say:

@_tsiiiii: “I want Musa Khawula to be arrested and remain in prison forever. He is emotionally and mentally damaging a lot of people. His stabbing that man wasn’t enough now he wants people to commit suicide all in his name. What a disgusting human being”

@ThaboNqamane: “We might just see Musa Khawula’s downfall right in front of our eyes. The time has come. He’s done enough damage. He needs to go”

@_Belahm: “Musa’s account is suspended? Love to see it! What he did to Lulo cafe is not nice. Musa is a vile human being”