Skip to content
Home » News » To far, 396 rioters have admitted guilt for their part in the Capitol uprising. This database keeps track of each one. 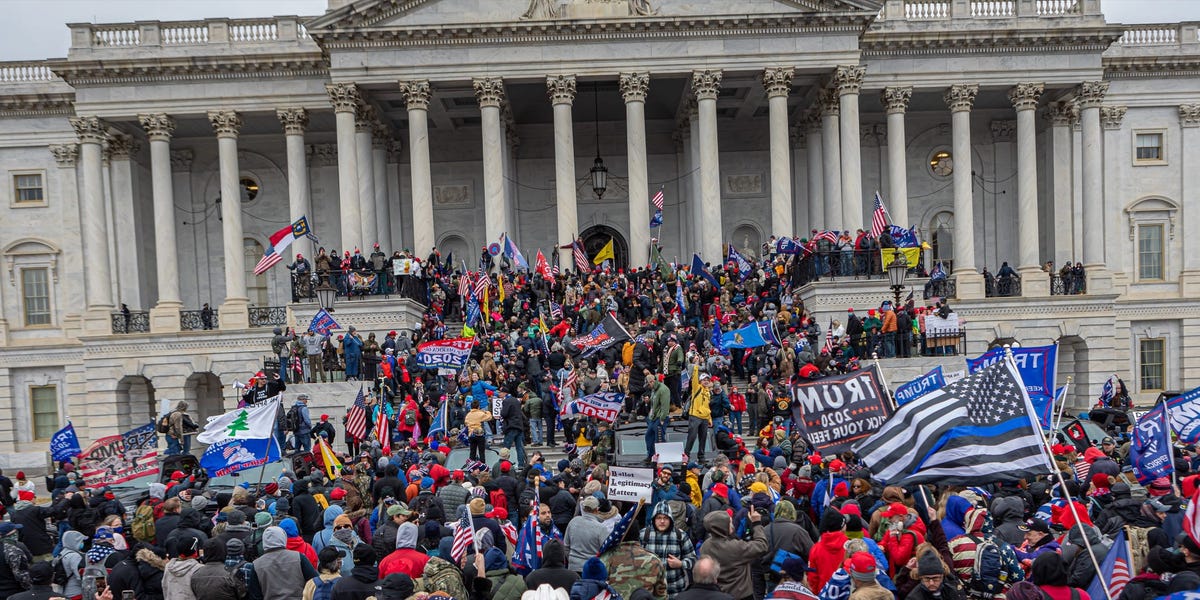 More than 915 people have been charged with crimes since supporters of then-President Donald Trump violently stormed the US Capitol on January 6, 2021, in an attempt to stop Congress from certifying Joe Biden’s victory in the 2020 election.

Over a year later, at least 396 people have pleaded guilty in connection to the insurrection.

This table includes the names, accepted charges, and links to court documents of all the people who have pleaded guilty so far. We’ll keep it updated as more names are released.

Jon Schaffer, a guitarist who founded the metal band Iced Earth, was the first person to file a guilty plea and agree to cooperate with prosecutors, according to Department of Justice filings. Schaffer is also a member of the Oath Keepers, a self-styled militia that prosecutors said planned and practiced its attack on the Capitol weeks in advance.

Paul Hodgkins’ case was the first felony sentencing stemming from the protests. He’ll serve 8 months in prison and pay a $2,000 restitution fee.

The FBI is still seeking the public’s help to identify people who took part in one of the most documented crimes in US history.

Attorney General Merrick Garland told members of the Senate during his confirmation hearing that he planned to personally oversee the Justice Department’s handling of the cases.

“I will supervise the prosecution of white supremacists and others who stormed the Capitol on January 6 — a heinous attack that sought to disrupt a cornerstone of our democracy: the peaceful transfer of power to a newly elected government,” Garland said.

After more than a year of investigating the riot, the House Select Committee to Investigate the January 6th Attack on the United States Capitol will unveil its findings on June 9, 2022, showcasing previously unseen testimonies from some of the committee’s interviews with top officials.

Update 5/2/2021: The Department of Justice originally listed Jared Adams as a defendant who pleaded guilty, but the DOJ later corrected its website to say Adams pleaded not guilty for his charges. Insider’s database has been updated accordingly.