Skip to content
Home » News » Terrence Mashego, a new acquisition for Mamelodi Sundowns, has been cut from the Bafana Bafana team. 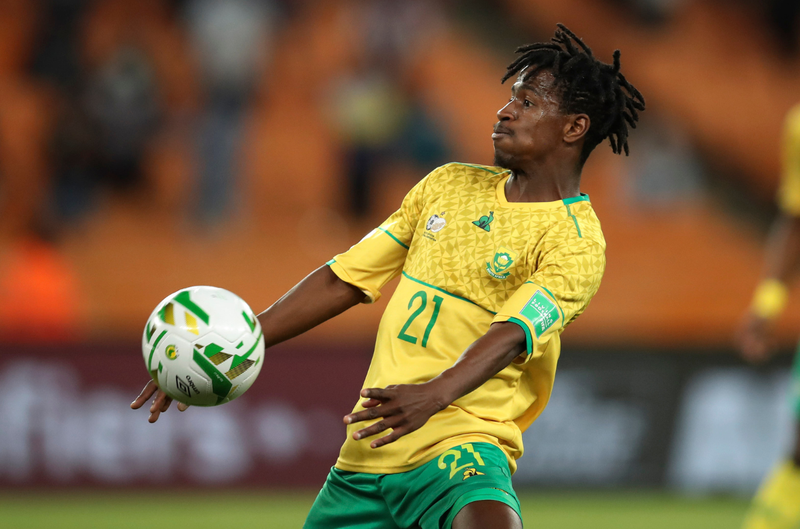 Bafana Bafana have been dealt a third blow in as many days as left-back Terrence Mashego had to withdraw from the squad on Wednesday ahead of friendly matches against Sierra Leone and Botswana.

“Warm welcome to Siyanda Msani to camp, as Terrence Mashego is released due to injury,” the Bafana Bafana media team confirmed on their Twitter account.

As reported by The South African website, Mashego joins Lyle Foster in being released from the squad.

Meanwhile, defender Siyanda Xulu had replaced Thibang Phete (injury) prior to the squad gathering on Monday.

Mashego was replaced in the Bafana Bafana squad by another Mamelodi Sundowns player in Siyanda Msani.

“With regards to Terrence, he sustained an injury prior to joining the Bafana camp,” said Bafana team doctor Tshepo Molobi.

“As a standard procedure, in the case where a player is injured, he presents to the national team for assessment and investigations.

“Based on that a decision is taken whether to release the player or keep him within camp, with regards to that, he has not trained since arrival.

“We secured radiology investigations on Wednesday morning, a scan which did confirm the left thigh injury, confirming our suspicions. We have released him from camp.”

Both fixtures will be played at FNB Stadium and will kick off at 15:00.