Agent organisations from Americas, Asia, Africa and Europe, had representatives at the event. 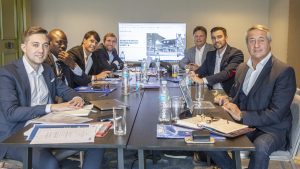 Top on the menu of the summit was the agent’s request for the incorporation of their new roadmap into the new legal framework governing agents’ activity, it is expected to be approved later this year.

The need to raise the ethical and professional standards of their occupation was also brought to the fore, among other beneficial deliberation.

Apostle Michael Sodeke, the pioneer coordinator of Football Intermediary Association of Nigeria FIAN, who represented African Football Agents Association AFAA, noted that the event was an eye opener which afforded football agents the opportunity to bare their mind on a round table with the World Football governing body.

He said “Firstly, it’s an honour to have represented Africa, it’s really huge and I’m glad to hoist Nigeria and Africa’s Flag at an event of that magnitude”

I had discussions with colleagues from different countries, coupled with the fruitful talks with FIFA, I believe our stand will rub off positively on African Football business, and the world at large.

The Ogun State indigene also advised footballers in the leagues in Nigeria to involve intermediaries in their contract negotiation.

Present at the two day summit were Emilio Garcia (Chief Legal and Compliance officer at FIFA, and Luis Villas-Boas Pires- Head of Agents at FIFA. 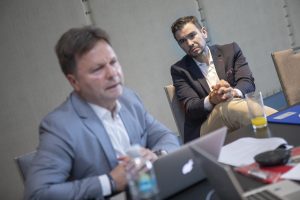