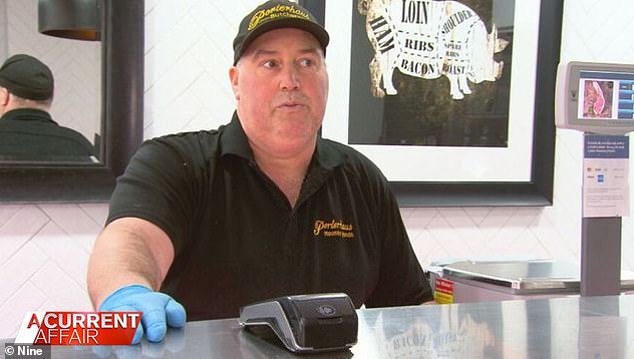 Small business owners have hit out at Australia’s National Day of Mourning for the Queen and claimed the public holiday will be a crippling blow to their trade.

The day off, intended to remember Queen Elizabeth II following her death earlier this month, will see millions of Australians stay home.

However, some business owners say it will cause chaos for their work, forcing them to cancel clients, struggle with stock and face tough penalties because of staffing problems.

In Victoria, residents will have a four-day weekend with two public holidays in a row because of the AFL Grand Final, leaving business owners struggling.

‘It’s going to kill us. We’ve got three days to do six days work in the third busiest week of the year for us,’ Melbourne butcher Mark Rothfield told A Current Affair.

Mr Rothfield runs Porterhaus Butchers in Melbourne’s Moonee Ponds and said the short notice for the public holiday is causing him problems with stock.

Jarrod Moore, the manager of restaurant B.East, said staffing his restaurant over public holidays is always a huge problem.

‘We have to give our full time staff another day off and somehow find some casuals to cover them,’ Mr Moore said.

‘And obviously, in the current climate for hospitality, that’s a pretty hard thing to do.’

Salon owner Tarik Jasarevic, working in Richmond, has decided to close up shop and re-book all his clients for future dates.

‘As a business owner I don’t like to change anyone’s appointment. People book in for reasons and they might go to a birthday party or weddings or things like that,’ Mr Jasarevic said.

‘But when we have to change and cancel it, it’s not nice for anyone.’

Tim Piper from the Australian Industry Group revealed how he has fielded calls from members who are set to lose money this week.

‘The reason for that is they can’t bring anything forward. When you’ve got two public holidays in a row, that means you have to just deal with that.’

Supermarkets such as Coles, Woolworths and Aldi, plus pubs, restaurants and hospitality venues will be allowed to trade as normal across the country.

Schools will also be closed, as well as banks and financial services – with differences among the states.