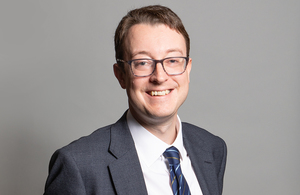 Our Westminster government has been reorganised and given new life.
an administration that is willing to pull up its sleeves and work hard to ensure the country’s future success.

Regardless of where they are from, what they do, or how much money they make, we must make sure that everyone in our society has a warm, decent, and secure place to live.

We’ve already taken steps to reduce energy costs, so the average family will spend no more than £2,500 while helping hundreds of low-income families this winter.

We are also taking building safety measures with the same haste.
Nothing less than a national disaster could be said to have occurred at Grenfell Tower. We ought to have realised earlier exactly how inadequate the building safety system was, and it shouldn’t have required the deaths of 72 people.

As a government, it is our responsibility to address this and make sure it never occurs again.

After just a few weeks on the job, I’ve already had complaints from leaseholders who are waiting for remediation work to be done yet are unable to sell because of prohibitively expensive building insurance costs.

I’m resolved to complete the work that my forerunners began, correcting the system for good, seeing to it that business fixes the issues it caused, and seeing to it that the leaseholders who have been so unjustly victimised by this scandal get the relief and defence they are due.

We’ve already made some significant strides in the right direction in recent months.

Over the summer, the Building Safety Act went into effect.
With a severe new regulator and an even tighter regulatory system to guarantee that people’s houses are made safe, it marks the largest package of changes in a generation.

According to the Act, there must now be someone in charge of the safety of each apartment complex and its occupants.
Additionally, it gives leaseholders extensive legal rights so they won’t be charged excessive fees to address cladding problems.

For the first time, the government will have the authority to compel owners of unsafe structures for which they have responsibility to make repairs and guarantee that cleanup efforts are swift and appropriate.

In response to the government’s challenge, 49 of the top home builders have now publicly committed to repairing dangerous structures that they have built or renovated.

Responsible home builders are moving quickly to repair damaged structures, and I am looking forward to working with this group on our ambitious housing plan to bring about the growth and houses our nation deserves.

The commitments will soon become enforceable contracts, giving homeowners peace of mind that their houses will be made secure and that leaseholders won’t be responsible for any costs.

Any home builders who don’t behave properly risk having their projects delayed and not receiving building control approval for their structures. This month, we took action to provide a legal framework for identifying which homebuilders are acting ethically and which are not.

Our Recovery Strategy Unit will identify and go after companies and people responsible for the most severe instances of neglecting building safety. This section will file a lawsuit in cases where freeholders refuse to accept funding from the government to make structures safe. I anticipate the first lawsuits being filed fairly shortly. This administration is committed to protecting leaseholders, holding the worst offenders accountable, and restoring consumer confidence in the housing market.

But assigning blame to a particular sector was never the point of this. Making the whole sector, including the producers of building products, take responsibility for righting historical wrongs is the goal.

One of the reasons why my department is collaborating closely with the Financial Conduct Authority is to ensure that heinous insurance industry practises, such as the commission-sharing between brokers and managing agents that may raise costs for customers, are swiftly put a stop to. This week, I sent a letter to the British Insurers Brokers Association on my own behalf, and I want this unethical behaviour to end right now.

In order to relieve leaseholders from excessive risk aversion and pointless paperwork and allow them to move up the housing ladder, we will keep up our persistent efforts in collaboration with the finance sector. I appreciate their pledges thus far, but the market has to see real improvements immediately if it is to be opened up.

We’ll secure houses better. Leaseholders will be shielded from debilitating expenses. And we’ll endeavour to ensure that everyone in this nation has the freedom to feel secure in their nighttime sleeping arrangements with their loved ones.