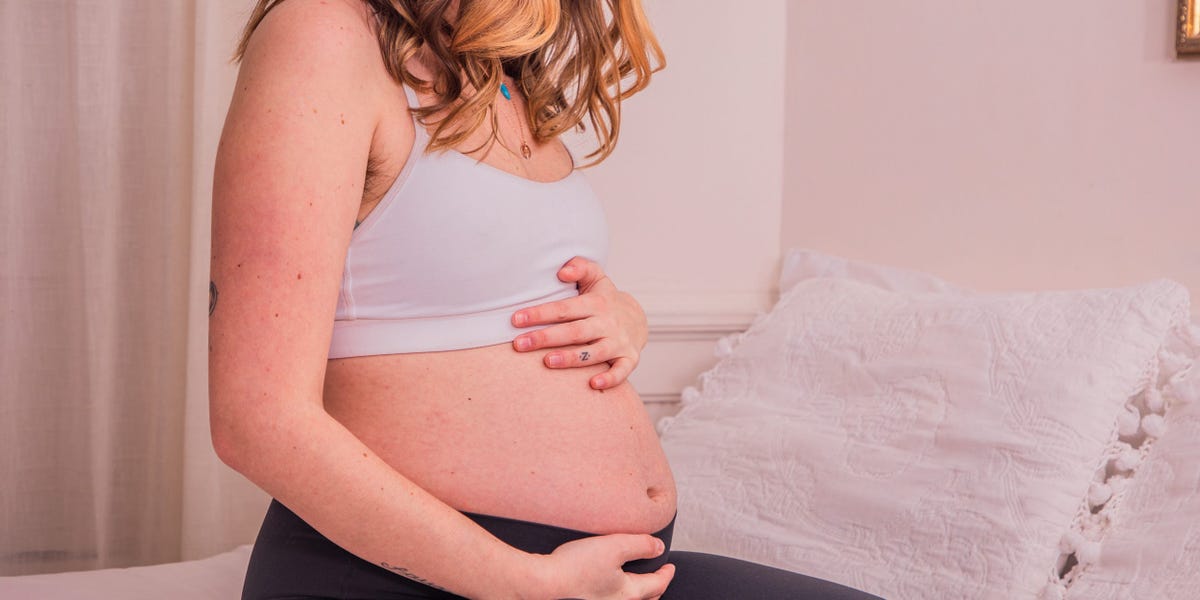 A new mother’s episode with facial paralysis, which began during her last trimester of pregnancy, has left her unable to move the left part of her mouth for over three months.

Weeks before her due date, 35-year-old Elena Sheppard’s husband observed that one side of her face was sagging when she sipped her coffee one day.

She claimed to have had a “strange” sensation around her mouth when she woke up that morning, and she quickly lost the ability to scrunch her nose or shut one eye.

Bell’s palsy, a disorder that causes weakness or paralysis on one side of the face, was identified in Sheppard. According to the National Institutes of Health, Bell’s palsy develops abruptly and without a known cause, and it normally goes away in a few weeks.

Sheppard was diagnosed with her condition three months ago, but her symptoms have persisted ever since. She gave birth to healthy twin boys at that period, but she hasn’t been able to fully open her lips to grin.

It’s really scarier than irritating, she said to GMA. It’s impossible to avoid wondering, “Is this how my face is going to look forever?”

Why facial paralysis risk is higher during pregnancy

Although the underlying aetiology of the ailment is not yet established, Bell’s palsy is recognised to be at increased risk during pregnancy. Bell’s palsy is most often seen in the third trimester of pregnancy, and pregnant women are three times more likely to suffer it than non-pregnant women.

Along with a few other comorbid illnesses, high blood pressure, obesity, and the possibility of facial paralysis during pregnancy may all contribute to this. According to Johns Hopkins Medicine, Bell’s palsy has been linked to conditions including diabetes, Lyme disease, multiple sclerosis, and infections during pregnancy.

Doctors have hypothesised that episodes of facial paralysis may be caused by the Herpes simplex virus, which often causes cold sores. Pregnancy-related immune system changes may enable the virus to become active, resulting in swelling and inflammation around the facial nerve.

More study is required to support the hypothesis, although viruses are probably involved. Other viruses suspected to be responsible for Bell’s palsy include West Nile virus, chicken pox, shingles, and Epstein-Barr virus.

Steroids and physical therapy may assist, but there is no cure.

The NIH estimates that fewer than 1% of Americans are affected with Bell’s palsy overall. When facial paralysis does occur, it often goes away within three weeks and is not thought to be a prevalent pregnant side effect.

Steroids to decrease inflammation, physical therapy to stimulate the facial nerve, and antiviral drugs to treat any underlying infection are possible treatments for Bell’s palsy, according to Johns Hopkins. There is currently no known treatment for the enigmatic facial paralysis, while painkillers may be useful for managing any accompanying headaches.

Since being identified, Sheppard’s problems have only minimally improved. She had to tape her eye shut at the beginning of her sickness since it wouldn’t close on its own. She admitted to GMA that her afflicted eye still cries due to the environment’s frequent exposure.

Damage to the cornea or dryness in the afflicted eye are potential long-term effects of Bell’s palsy that may be treated with eye drops.

It’s vital to get medical treatment if you have facial paralysis, whether it occurs during pregnancy or not, since the one-sided facial droop linked to Bell’s palsy may also resemble the early stages of a stroke.