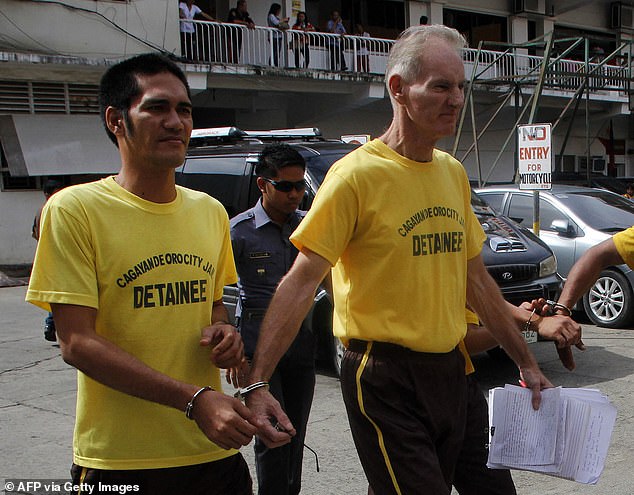 As part of a child abuse ring, an Australian father believed to be one of the world’s worst paedophiles was given a lengthy prison sentence for raping toddlers with his perverted Filipina partner.

Peter Gerard Scully, 59, and his lover Liezyl ‘Lovely’ Margallo, 126, were both sentenced to 129 years in prison by a court in Cagayan de Oro in the southern Philippines.

They were charged with 60 counts, including trafficking, child pornography, child maltreatment, and rapes of infants as young as 18 months.

Peter Gerard Scully, 59, was sentenced to 129 years by a court in Cagayan de Oro, southern Philippines, for a series of horrible child sexual assault and exploitation acts.

Former prostitute Liezyl ‘Lovely’ Margallo, Scully’s ‘girlfriend,’ was sentenced to 126 years in prison for her crimes. She appeared in a sickening video sexually molesting a one-year-old child. 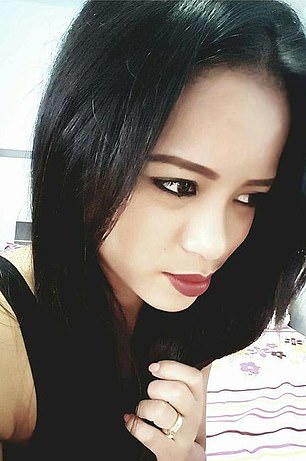 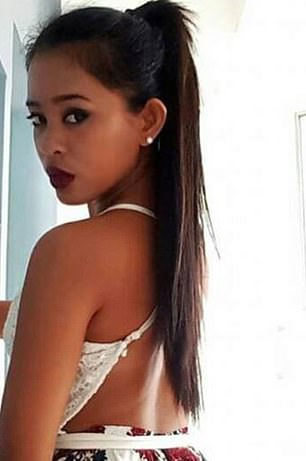 After being convicted in 2018 on one crime of human trafficking and five counts of rape by sexual assault, he was already facing life in prison. 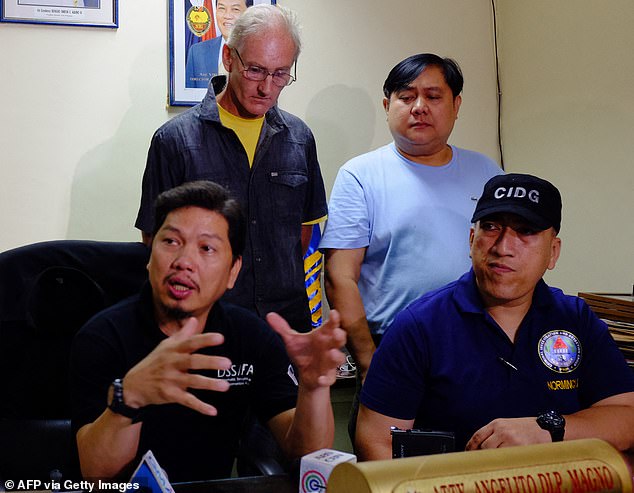 Margallo, 28, joined the Melbourne father of two in his criminal activities when he recruited her as a prostitute.

Scully sold footage of his heinous crimes on the Dark Web to American, German, and Brazilian guys for up to $10,000.

A child’s body was discovered buried beneath the floorboards of a Surigao home rented by Scully.

After he fled Australian fraud charges in 2011, Philippines police arrested Scully in Malaybalay in 2015 with assistance from the Australian Federal Police.

Some have labeled Scully the world’s worst paedophile due to his heinous deeds.

Merlynn Barola-Uy, a regional prosecutor in the southern city of Cagayan de Oro, told AFP, ‘I hope this sends a strong message to all abusers and human traffickers that crime really does not pay.’

The verdict on November 3 concerned the second batch of cases brought against Scully and Margallo.

In 2018, Scully and his then-live-in girlfriend Carme Ann Alvarez were sentenced to life in prison for their first conviction.

Alvarez is reported to have become Scully’s girlfriend while she was a prostitute aged 14 years old.

She provided food and shelter to the young women Scully raped, tortured, and forced to wear dog collars and chains.

Alvarez ultimately led Filipino police to the flat where a child aged 11 had been buried.

In 2018, both she and Scully received life sentences.

Scully and Margallo were charged with sixty counts, including trafficking, child pornography, child cruelty, and rape of infants as young as 18 months.

In the same year, it was revealed that Australian taxpayers had spent $500,000 defending Scully since 2015.

The funding came from a government-run assistance program for Australians abroad facing prosecution.

The assistance mechanism, known as the Serious Overseas Criminal Matters Scheme, attempts to aid defendants facing the death penalty or prison terms of more than 20 years.

After evading Australian fraud charges in 2011, Philippine authorities arrested Scully in Malaybalay in 2015 with the assistance of the Australian Federal Police.

Scully established debauched cybersex companies in the Philippines, video adolescent girls and children from disadvantaged households engaging in or being forced to engage in sexual activity.

After discovering one such clip, dubbed Daisy’s Destruction, prosecutors were reduced to tears.

Allegedly, the video depicts a baby girl being tied upside down by her feet, sexually raped, and brutally beaten.

Liezyl Margallo, Scully’s girlfriend, was a prostitute who was so implicated in his crimes that she was sentenced to 126 years in prison. She was discovered in a video depicting the abuse of an 18-month-old infant.

Police first released Margallo owing to a lack of evidence; however, it was later discovered that he appeared in the video of the child’s abuse.

Because of what she has done to the children, I would describe her as a wild girl. I believe she fits this description,’ investigator Dominador Cimafranca told the media in 2017.

The girl in the video was approximately 18 months old, and although she survived, she is severely traumatized by the experience.

Two other conspirators were each sentenced to nine years in prison.

The Philippines is a global hotspot for the sexual exploitation of children.