Extending his condolence, the Governor of Anambra State, Chief Willie Obiano, represented by the Chairman of Anambra State Sports Development Commission, Chief Tony Oli, asked Mr Ozumba to be consoled by his mother-in-law’s attested legacies of kindness and humility, certain that she had lived right and would be counted among the heaven’s saints. 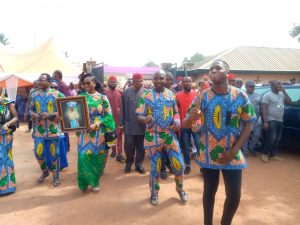 In their separate remarks, Chief Onyima, Dr Nworah and Barrister Enendu, condoled with their friend, Mr Ozumba, and asked him to take heart and find positive recollections in the footprints left behind by his late mother-in-law.

Mr Ozumba, and his wife, Peace, in separate interviews, described late Mrs Nonyelu as a peaceful and humble human, who will always be remembered by her unassuming egalitarian mindset, and unique principles with which she had raised her children, exemplified in the characters of her grandkids. 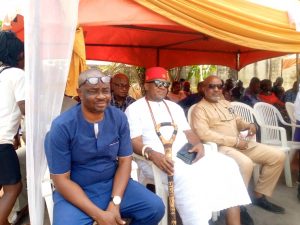