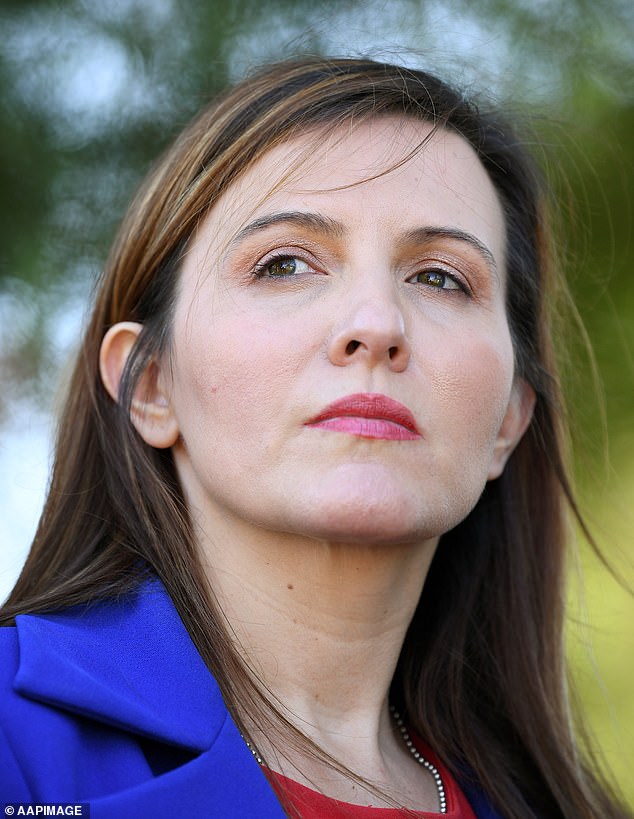 A controversial MP who made sensational claims against a recently selected candidate and would not agree to stop has been booted from NSW Labor leader Chris Minns’ shadow cabinet.

NSW Opposition leader Chris Minns said Ms Mihailuk was removed from his shadow cabinet after she did not respond to his conditions about using parliamentary privilege to attack colleagues. ‘She can’t stay if she can’t agree to these terms and it looks to me like right now, she can’t agree to the terms’

Mr Minns told 2GB on Friday morning Ms Mihailuk had been ejected from the inner circle of the opposition.

He told Ms Mihailuk she cannot be in the shadow cabinet while launching political attacks by parliamentary privilege.

‘She has used parliamentary privilege to launch a cowardly attack on me and my family and I call on her to produce evidence of any wrongdoing,’ he said.

Mr Asfour was recently selected as a potential candidate for the Labor upper house ticket at the March election, one of five right-faction Labor hopefuls.

Ms Mihailuk is one of three south-west Sydney Labor MPs fighting over two seats in the lead-up to the election.

Canterbury-Bankstown mayor Khal Asfour, a potential candidate for the NSW upper house at the next NSW election, asked the Independent Commission Against Corruption to review Ms Mihailuk’s ‘outrageous and unsubstantiated claims’ about him

Jihad Dib’s seat of Lakemba is being abolished and largely absorbed into Bankstown, leading to a three-way preselection battle for Ms Mihailuk’s seat and Guy Zangari’s nearby Fairfield.

Ms Mihailuk was the subject of bullying claims last month, which she dismissed as ‘an internal stitch-up’.

Labor’s candidates are expected to be finalized following a conference next month.