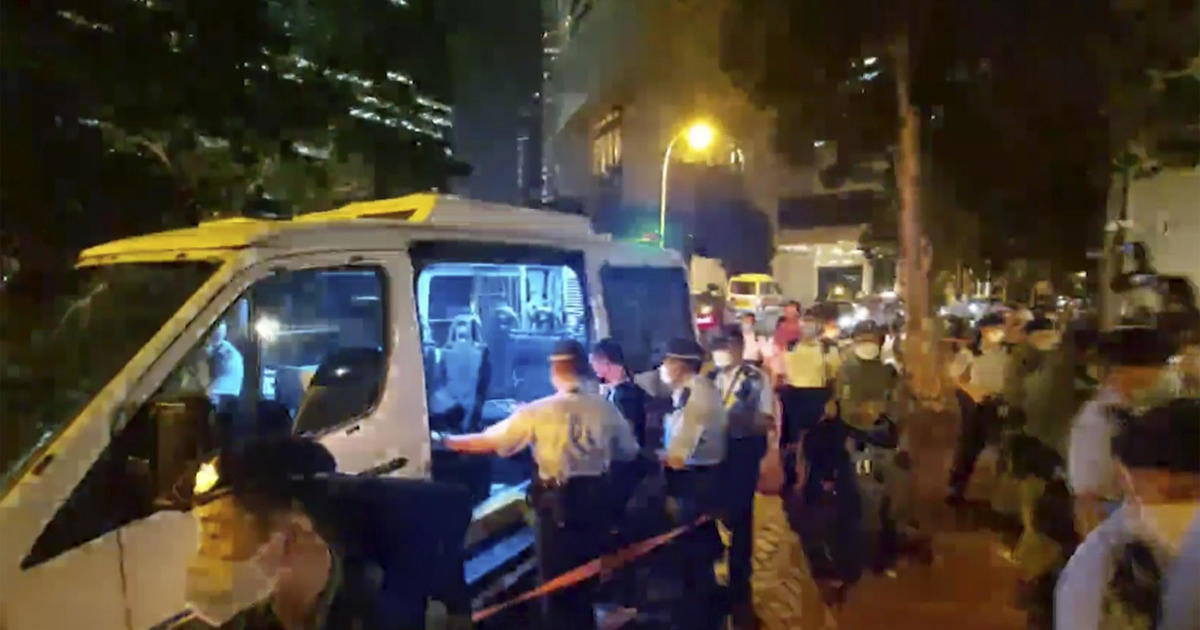 A man who paid tribute to Queen Elizabeth II near the British Consulate in Hong Kong was arrested for alleged sedition.

Police said the 43-year-old man was detained late Monday near the consulate, where dozens of people had gathered to remember the late monarch. Elizabeth was sovereign in the city when it was a British colony before its handover to Chinese rule in 1997.

Local media reports said the detained man had stood outside the consulate playing songs on a harmonica including “Glory to Hong Kong,” the anthem of pro-democracy protests that rocked the city in 2019. Video shared on social media showed the crowd singing along as the man played.

One video showed the man being escorted into a police van.

Police said Tuesday the man was arrested for investigation on suspicion of “committing an act with seditious intent.” They did not provide further details.

Thousands of Hong Kong residents have lined up in recent days in front of the British Consulate and left floral tributes to the queen, known affectionately as “boss lady” by many in the city who still remember colonial rule.

Until the arrest, Hong Kong authorities had allowed the orderly, somber outpouring of grief to continue.

The official mourning period for Queen Elizabeth II, the U.K.’s longest-reigning monarch, culminated Monday with her state funeral in London’s ancient Westminster Abbey. The guest list for the service included around 500 foreign dignitaries, including President Biden and about 100 other heads of state.