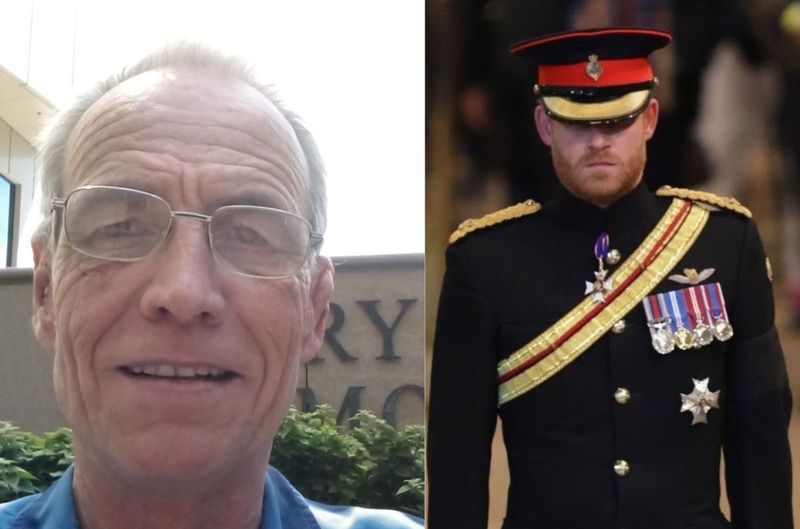 Simon Charles Dorante-Day made global headliners after claiming he was the love child of King Charles III and Queen consort Camilla. The Australian-based man alleged that he was kept hidden with the help of the royal family. In an interview with 7 News, Dorante-Day says he would like to meet Prince Harry. Speaking to the news outlet, he said they would “see eye-to-eye”.

Following King Charles’s appointment as head of the British royal family, Simon Charles Dorante-Day claimed that he was a member of the family. The 56-year-old man told the Daily Mail that he was born in Portsmouth and relocated to Australia when he was eight months old.

Speaking to 7News, Dorante-Day said the royal family’s “treatment” of Prince Harry and Meghan Markle was “very bad”. He added that he and Harry were both “the black sheep” of the family.

“Of all the royals, Harry and I would see eye-to-eye the most and I would very much welcome the opportunity to meet with him,” said Dorante-Day.

“A lot of the criticism they are copping is blatantly unfair. It made me so angry when Harry was told he couldn’t wear military uniform to his grandmother’s funeral.”

Speaking to the Daily Mail, Dorante-Day said Prince William taking the Prince of Wales title was a “kick in the face”.

“I don’t want to feel that way, but I do. I just think, the least Charles can do is give me an answer – acknowledge me,” he said.

“He gives William a title like that, well where’s my answer? Where’s my DNA test? If you are not my father, then prove you’re not.”

Queen Elizabeth was laid to rest on Monday 19 September at the King George VI Memorial Chapel on the grounds of Windsor Castle. Several world leaders, including President Cyril Ramaphosa, attended the monarch’s state funeral at Westminster Abbey on Monday morning.