Skip to content
Home » News » I had four kids and shared a bed with three of them. After visiting the globe, I found that many cultures share beds, which wasn’t my original intention. 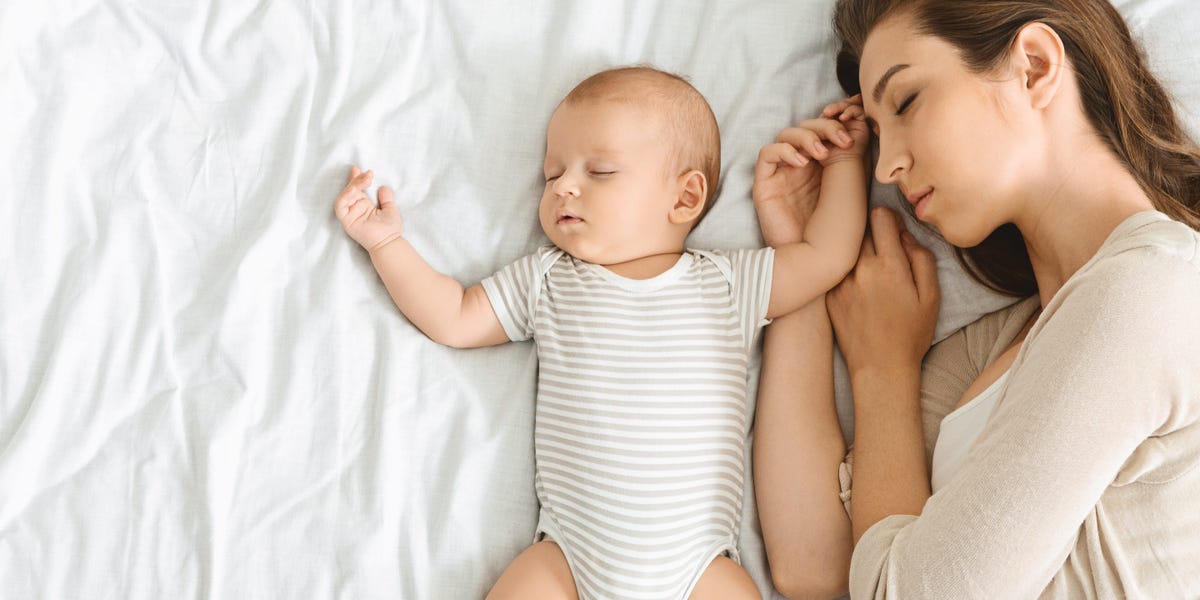 Before having children, I traveled widely. I was far from having a family of my own, and observing how others slept was not something I’d set out to discover.

With this global perspective, co-sleeping seemed like the most natural thing in the world. Still, when it came time for me to have my own children, I pushed the idea of co-sleeping aside, having read that it was unsafe.

I didn’t co-sleep with my first child, but I did with the next 3

I suppose I felt better having a plan that involved sleeping apart from my baby. I would use a bedside bassinet for a few months, moving my baby into a crib when she was no longer a newborn. While my first baby went along with my well-thought-out plan without question, her younger siblings had minds of their own.

My second baby, a snuggly boy, simply would not sleep unless his head was against my chest. During the day he napped in a baby carrier, and at night he had to be touching me. If he could not hear my heartbeat and feel the warmth of my skin, he would scream for hours on end. I tried having my husband carry him up and down the hallway of our apartment building or pushing him through the city streets, but nothing worked. The minute I picked him up he was calm and would fall asleep soundly. I often fell asleep sitting up while holding him, out of sheer exhaustion, and I was terrified that one day I would drop him.

Co-sleeping once again seemed like the most natural thing in the world. I was his mother. I alone had the power to calm and soothe my baby, to allow him to feel safe and secure enough to fall asleep.

The only way either of us got any sleep was by co-sleeping. I was a better mother when I slept, and he was a happier baby once I accepted the conditions this tiny being needed to sleep. I didn’t like sleeping alone, and I’m an adult — I reasoned, why would a newborn feel any differently?

I made co-sleeping safer

I learned to make co-sleeping safer. I never drank. I removed pillows and blankets from my bed. Eventually, knowing he was safe and secure, he chose to sleep in his own room. We did the same for our third baby.

By the time my “bonus baby” was born nearly seven years later, I didn’t even bother buying a crib. I was open to the idea but wanted to get to know my little bundle better before buying something we might never use. I did not want to subject another baby to the distress my older son had experienced.

He, too, would not sleep on his own, and instead of fighting his needs, I accepted them willingly.

I realized what the mothers I had seen co-sleeping years before I became a mother myself already knew: that sometimes mothers and babies need to be together, even throughout the night.