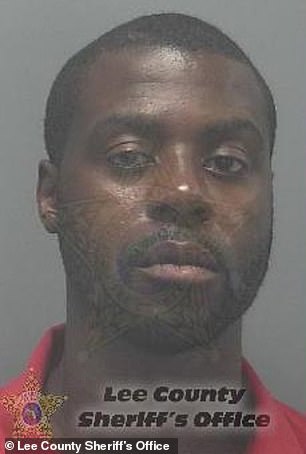 This horrifying incident occurred when a Florida man reportedly tried to behead a man he knew by stabbing him 40 times with a pair of scissors.

With the son of an old man he looked after, Edmund Clarke, 36, entered The Trading Post at Burnt Store Marina, a family-run restaurant and shop in Punta Gorda.

The victim and Clarke had both entered the establishment together and were placing their meal orders.

The two were observed selecting beverages and setting them down on the counter.

Clarke suddenly reaches into a nearby cup and pulls out a pair of scissors before lunging towards the victim.

The whole gory assault was captured on security footage, and at least two other customers in the shop saw it happen.

The victim’s head, neck, and body were stabbed more than 40 times. According to deputies with the Lee County Sheriff’s Office, Clarke could be seen slicing the man’s head off with a knife.

He reportedly grabbed additional knives he discovered inside the store’s kitchen when the scissors didn’t seem to be sharp enough.

Before officers could engage Clarke, many minutes had passed as the brutal attack went on.

The sufferer, who had significant injuries to his head, neck, and body, was taken directly to the hospital.

For approximately ten years, Clarke looked after the victim’s father.

Prior to the event, the two had already met together when the victim picked up Clarke from the hospital after complaining of stomach discomfort.

Following their visit to the hospital, Clarke and the victim decided to stop at The Trading Post and eat some dinner. At this point, the unprovoked assault abruptly started.

Witnesses claimed to have heard Clarke scream about being the target of an unidentified adversary while suddenly having hallucinations.

His ferocious and merciless onslaught started at that point.

After being detained on the spot, Clarke was charged with attempted murder.

“I am pleased of our deputies’ prompt action in saving the victim’s life, as well as the dedication of my detectives in getting Clarke off the streets.”

The sufferer required urgent surgery after being taken to the hospital.