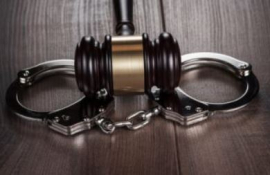 This as several prominent former members of the South African Police Service (SAPS) were arrested and appeared in the Pretoria Specialised Commercial Crimes Court to face charges related to two police tenders amounting to some R54 million.

The accused are former National Police Commissioner Kgomotso Phahlane, Lieutenant Colonel Godfrey Mahwayi, Major General Maanda Obert Nemutandzhela, Major General Mankosana Agnes Makhele, and businessmen Inbanathan Kistiah and Avendra Naidoo.
“The arrest of these very high ranking and seasoned police officials in this seminal case endorses the ID’s commitment to dealing with corruption and state capture regardless of where it manifests itself. It is also dealing with the lack of accountability, which to date has undermined the legitimacy of the law is and shows that the wheels of justice are turning and impunity is no longer a given.

“On the contrary, the rule of law is the most important protection of the weak against the whims of the powerful and it is what stands between us and tyranny,” Johnson said.

She explained that one of the tenders, initiated in December 2016, related to the emergency procurement of intelligence gathering software called RIPJAR.

“RIPJAR…was intended to collect and monitor information from social media platforms on the instigators of the university students’ #FeesMustFall protests. Open sources reveal that the #FeesMustFall protests started in October 2015. By December 2016, it was far-fetched to claim a response to the protests as an “emergency”.

“They purported to buy the RIPJAR software from a company that is not involved in software engineering but was a security alarms and surveillance cameras company. The owners of the so-called competing companies were friends, who in fact and in truth, were involved in cover quoting.

“The cover quote was supplied to Inbanathan Kistiah by the former husband of the sole director of a company called Perfect Source, which was a human resource recruitment company,” Seboka said.

According to Seboka, the software was procured to “encrypt voice calls made by management of the SAPS at the time when Phahlane was under investigation by IPID” in relation to the controversial police blue lights tender and other allegedly irregular procurements that happened while he was in the police service.

“Daedalus made it impossible for investigators to get call records from cellphone providers. Daedalus was procured for the sole purpose of encrypting calls and wiping out cellular records and messages. It is further alleged that deviation from normal procurement processes for the contracts [which were]…signed and processed on the same day and payment was made on 22 December, one day after approval,” she said.

The accused are all currently out on bail of ranging from R5000 to R50 000 and are expected back in court on December 7.