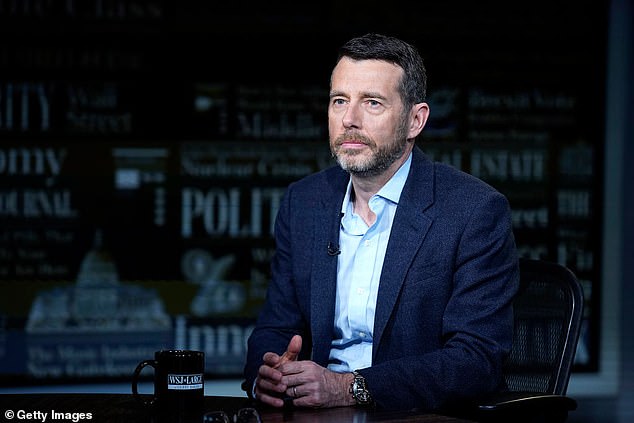 A conservative think tank has launched a lawsuit against Mark Zuckerberg and Priscilla Chan, alleging they spent $500 million to assist Joe Biden win the 2020 election.

Chan and Zuckerberg are mentioned in one of two complaints filed with the Internal Revenue Service by the Center for Renewing America (CRA), a conservative organization managed by former deputy director of the Office of Management and Budget Russell Vought.

According to FOX Business, allegations filed with the IRS say that high-ranking Facebook personnel intended to influence the 2020 presidential election in favor of current Vice President Joe Biden by funneling $500 million through tax-exempt voting rights organizations.

CRA asserts that the contributions should have been taxable since they were used for electioneering.

CRA also filed a second complaint against the Center for Technology and Civic Life (CTCL), the Center for Election Innovation and Research (CEIR), and the National Vote at Home Institute (NVAHI), alleging that they had a significant role in the conspiracy to help now-President Biden win the election.

Mark Zuckerberg and Priscilla Chan were photographed at an event together.

CRA believes that Chan and Zuckerberg sponsored million-dollar grants and that Plouffe distributed the funds to swing states with a democratic bent.

In addition, the think tank asserts that Plouffe utilized three non-profit groups to execute the strategy.

These are exempt from taxation, with the CRA stating that exemption was incorrect in the context of the grants and that tax should have been paid on the donations given the alleged use of the funds.

In a statement shared with FOX Business, CRA asserted that Chan and Zuckerberg “hid the political nature of their contributions” and deemed the alleged situation “disgraceful.”

“Imagining federal taxpayers financing the party preferences of billionaires who might have easily donated to a Democrat super PAC in 2020 is beyond shameful,” the think tank said in a statement.

“But, of course, then they would not have been able to claim a tax deduction, so they concealed the political nature of their contributions and routed them via ‘charitable’ middlemen, forcing average Americans to foot the bill,” the CRA explained.

After announcing the formation of the group, the one-term president supported Vought, who was appointed to the role by then-President Donald Trump.

The news came only hours after Semafor Media reported that Trump, who has been banned from all Meta-owned websites, might return to Facebook and Instagram following a two-year suspension.

Former President Trump was removed from the apps in June 2021, following an investigation into whether his posts sparked the tragic Capitol uprising on January 6, 2021.

Nick Clegg, the president of global relations for Facebook’s parent company Meta, recently stated to Semafor Media at an event in Washington, D.C., that the business will analyze the situation prior to reaching a decision.

“If we believe there is content on our platform that may lead to physical harm in the real world, we feel a clear responsibility to act against it.” Clegg said.

Facebook’s parent company, Meta, shows its emblem in front of their offices.

With the filing of their accusations, CRA seeks to compel further investigation into Chan and Zuckerberg, as well as the charitable organizations.

According to FOX Business, the CRA complaint stated, “We leave it to the Service to evaluate if there is sufficient information to support a criminal investigation into Chan or Zuckerberg for tax evasion.”

“However, at the at least, it is the responsibility of the IRS to collect what is certainly a fraudulent tax deduction on the order of a hundred million dollars: an illegal taxpayer subsidy for Democrat electioneering goals.