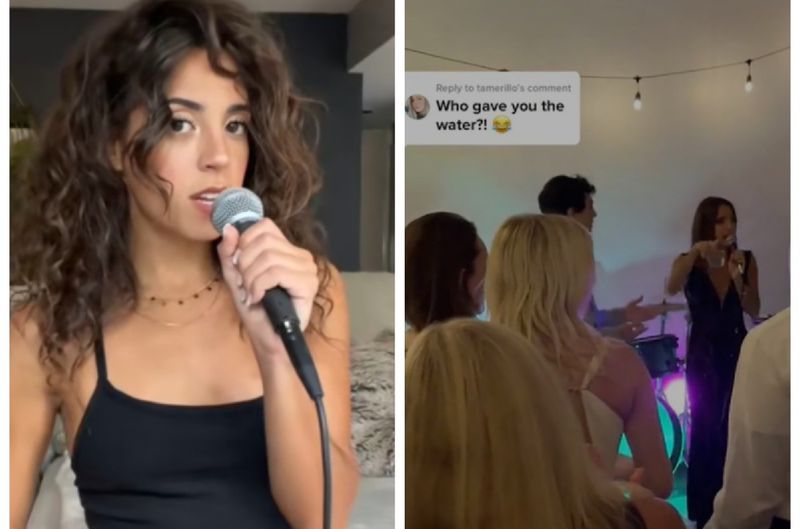 A California singer claims to have gotten her perfect revenge after exposing her cheating ex-boyfriend at his wedding which she was hired to perform.

The woman, whose name is Alexandra Starr, took to TikTok on 30 August to narrate how she blasted her ex, who was actually getting married to the woman he cheated on her with.

Starr, who says she is a “cover singer” went viral when over 10 million people viewed her TikTok post. Telling her story, she said she got the shock of her life when she was invited to sing at her ex-boyfriend’s wedding. She said the booking was an accident because it was her band who was booked, and with her being the lead singer, she was automatically invited and used the opportunity to get her perfect revenge.

“He who cheated on me booked my band to perform at his wedding — and he doesn’t know I’m the singer.”

In the viral clip, the unsuspecting bride and groom perform their first dance with Starr’s back turned towards them as the band plays John Legend’s All Of Me. But, as the couple slow dances, the jilted singer switches things up by performing Before He Cheats by Carrie Underwood. This is when she turns around to face the couple and reveals her identity.

And Starr was not done as a follow-up video shows the singer throwing a glass of water at her supposed ex as she continues to sing.

ALL JUST A PR STUNT?

While Starr has been enjoying the attention her video is getting, some social media users think the whole incident too good to be true. TikTok users hsve speculated that the wedding singer staged the it all to promote her singing career.

“This is definitely just one big ad to promote her song,” one user said.

But, others love every moment of it and believe it was all real.

“Sometimes opportunities just present themselves,” remarked a third while a fourth added: “OMGGGGGG no she didnt!!!! This is amazingggggggg!!!!!!! [sic]” someone else wrote.

“Everyone telling her to be the bigger person… this is a once-in-a-lifetime opportunity. The stars aligned for this,” another user wrote.