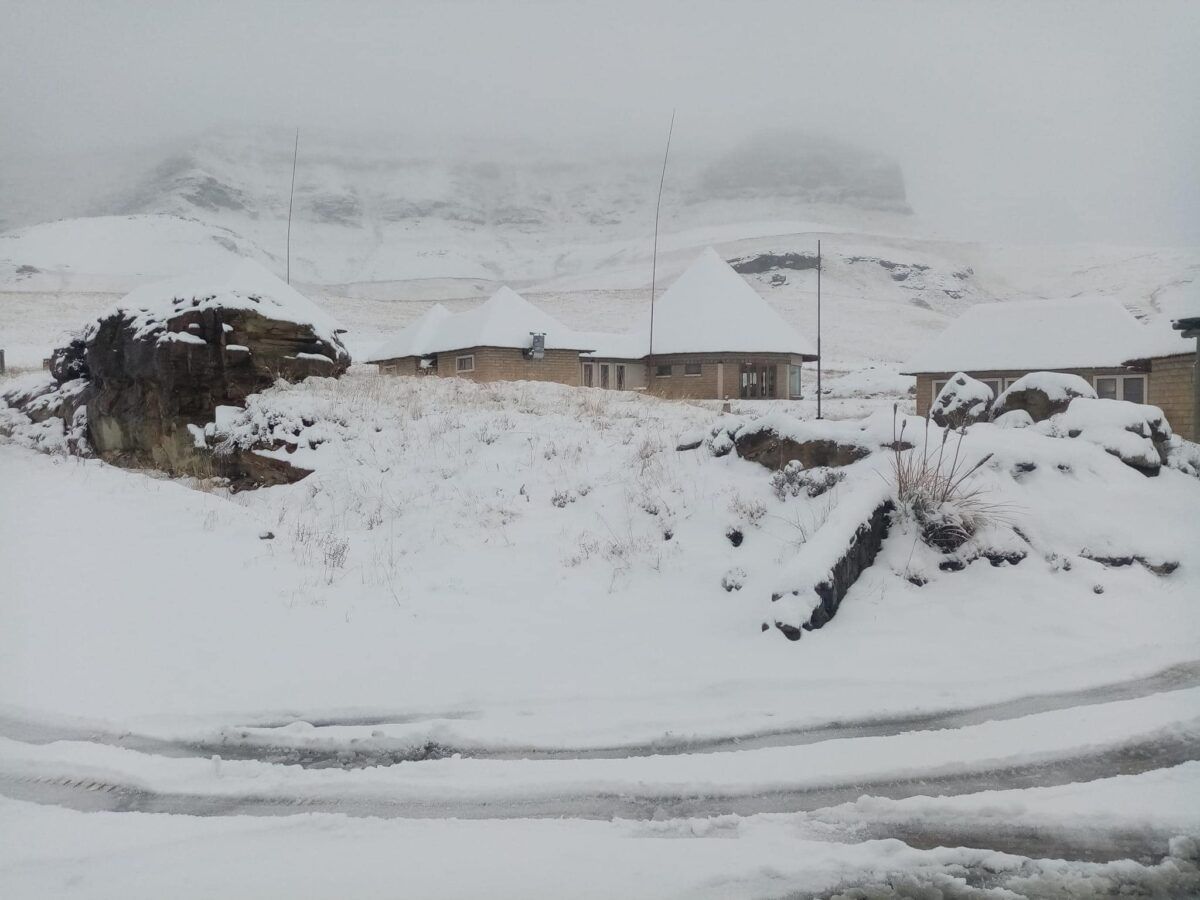 Snow has been confirmed in several parts of South Africa by Wednesday. And by looking at the photos, it is clear that Spring has truly been turned into a Winter wonderland. This comes after predictions that snowfall of between 5- 20cm was expected to make landfall on Tuesday and into Wednesday.

LOOK AT THE PHOTOS AND GRAB THE FAMILY FOR SNOW HUNTING

Let’s take a look at where snow has been confirmed. We suggest you grab the family and head out to the following places to see snow.

These areas have confirmed snowfall:

According to VoxWeather, more snow is expected on Wednesday morning.

Light snowfall is expected over parts of the Free State, including Harrismith, Clarens, Fouriesburg, and the Golden Gate National Park.

Stormy conditions will slowly start clearing by Wednesday evening and into Thursday. On Thursday, a cold front is expected to bring in light showers in parts of the Western Cape.

This comes after the South African Weather Service (SAWS) issued a warning of disruptive snow that could result in icy and slippery roads, traffic disruptions, and dangerous driving conditions.

“As the upper-air cut-off low intensifies, snowfall (as much as 20-30 cm depth) of a more significant and disruptive nature should be anticipated over the eastern peaks of the Lesotho Drakensberg mountains, as well as higher peaks of the Eastern Cape, in the Barkly East and Tiffindell areas. A yellow level 5 warning is suggested for the disruptive snowfalls.”

Are you in the area where snow is expected? We would love to see your photos. Please email your photos to Corne@thesouthafrican.com – remember to include the area and your details.

Meanwhile, the SAWS previously advised the public and small stock farmers that loss of vulnerable livestock and crops can be expected in these weather conditions.

“The weak and frail may also be vulnerable since their bodies won’t be able to retain their heat as easily.”

“Small stock farmers should provide shelter for their vulnerable livestock and cover sensitive crops. Shelter, soup and blankets should be provided to the weak and frail where possible.”

LOOK AT THESE AMAZING PHOTOS: