Skip to content
Home » News » Crazy in love? Woman goes viral for ‘sharing’ hubby with her mother and sister. 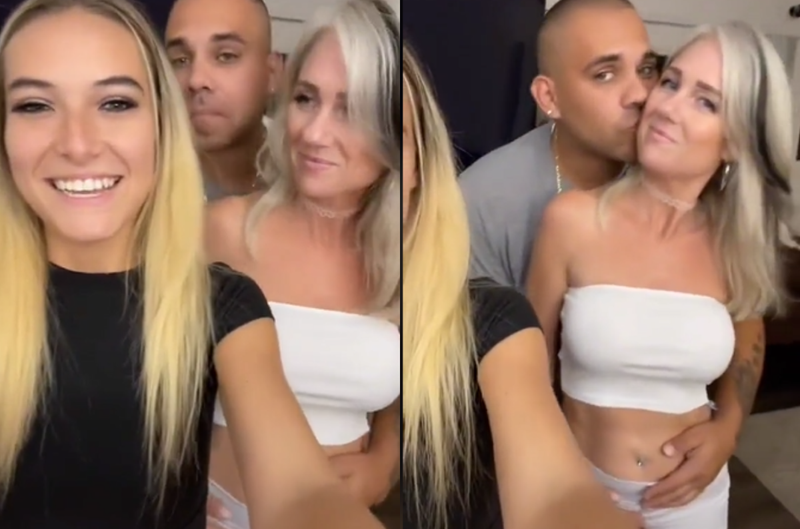 Monogamy is not for everyone. As the years go by, more and more people are looking for relationship setups that they are comfortable with.  Polyamory – being romantically and sexually open to more than one person while your partners are all aware – is one kind of relationship dynamic that is becoming increasingly popular. In fact, one woman, Maddi Brooks, has gone viral on TikTok after she revealed that she is in an open relationship with her husband, sister, and mother.

Her posts have gained so much traction online that she has now cleared her accounts but some of the videos are still circling the internet as shocked social media users share their thoughts.

Woman goes viral for ‘sharing’ her husband with her mother

If there’s one thing many women are not comfortable with, it’s sharing their boyfriend/husband with a third party.

While it is very uncommon, there are functional polyamory relationships with all partners completely satisfied with the unusual arrangement.

One woman, Maddi Brooks, has taken unconventional relationships to a new level after opening up her marriage to both her mother and sister.

Brooks has gone viral on TikTok after revealing in a video that she often lets her mother have her husband when she isn’t in the mood.

“This is my mom. And yeah, I let my husband have her a couple of times a week when I’m not in the mood,” she says while her husband playfully grabs her mother and kisses her neck.

In a different clip, she is seen asking the same man if he isn’t going to give her sister a kiss – something he quickly goes to do.

While many people shared that open relationships are quite normal – especially when all parties are in agreement – others found it completely bizarre to have your mother with your husband.

Responding to the clip one person, @Amy Duvall wrote:

While there is no evidence to prove that this is a joke or real, the video has since been deleted and the account is no longer active.

This has left many people even more suspicious of the relationship dynamics in that household.