Skip to content
Home » News » Bonko Khoza compliments “The Brave Ones” producer for having a “unique voice.” 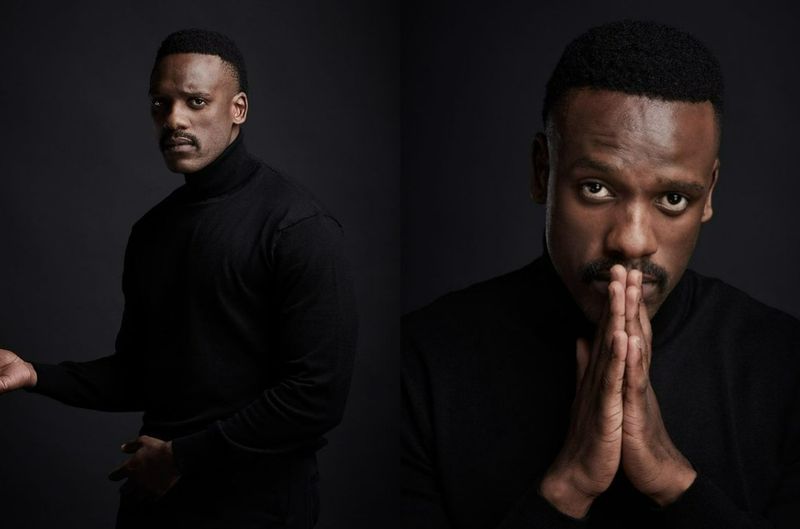 The Wife‘s former Mqhele, Bonko Khoza, has sung praises to South Africa’s super producer Akin Omotoso after the premiere of Netflix’s original series, The Brave Ones.

A special screening premiere was held at Rosebank’s The Zone on 16 September where the cast members met up to promote the release of the supernatural series.

BONKO: ‘YOU’RE A GIFT TO THIS INDUSTRY’

Bonko could not resist but give Akin his flowers. Speaking after the release of the series, Bonko said Akin is a gift to the South African film industry.

What a time to be alive! @akinomotoso congratulations brother, you’ve created such a unique voice with your work that speaks to the entire world but sounds just like home.

You’re a gift to this industry

Keep RISING King! Thank you @netflixsa for bringing this story to life and sharing it with the world in the highest quality.

To the cast and crew you are all incredibly gifted, talented and professional, what an honour is was to work beside you grinding to create this world!

@sthandile_n You’re a star fam. I’ll never get tired of telling you how incredible you are, you’re born for this and it’s such a blessing to watch you shine, Khuphuka ABENSBINDI

WHAT ‘THE BRAVE ONES’ IS ABOUT

Bonko is starring in the Netflix series The Brave Ones in the role of Nkosi.

According to filmcombatsyndicate, the series centres around Ntsiki Gasa (played by Sthandile Nkosi), who is a mystical being reincarnated as a human who sets out to avenge her sister’s death.

However, Ntsiki faces a powerful and determined enemy in Ayanda Mbatha (played by Nomalanga Nkosi), the ruthless wife of an equally heartless land-grabbing property developer, Luthando Mbatha (played by Tony Kgoroge), who has her own compelling reasons for exploiting the powers of The Brave Ones.

To defeat her formidable enemies and save her family from destruction, Ntsiki must learn to use and harness her superpowers.

Speaking to the Sunday Times, Omotoso said he has always been fascinated by African mythology since he was a child growing up in Nigeria. He said he was about 12 years old when he first had the idea he wanted to tell a story “set in the world of African gods and divine beings”.