Today saw the Housemates tackle another Task, this one presented by Johnnie Walker. It required them to flesh out a series of ideas based on the theme “Keep Walking”.
Having then been provided with paints, notebooks and pens, the Housemates (who had been divided into two teams, “Connoisseurs” and “Shades of Grey”, after picking numbers from a hat) were then required to develop their concept and use it to paint one of two “Striding Man” statues that were waiting in the Garden.
After a little bit of deliberation from each team, they then got to work on their statues. There seemed to be some themes that both had in common – South African flag colours where to be found on both of their statues – but each approached the concept somewhat differently.
After much splashing of paint and stretched metaphors, the Housemates were called to make their presentation to Biggie. 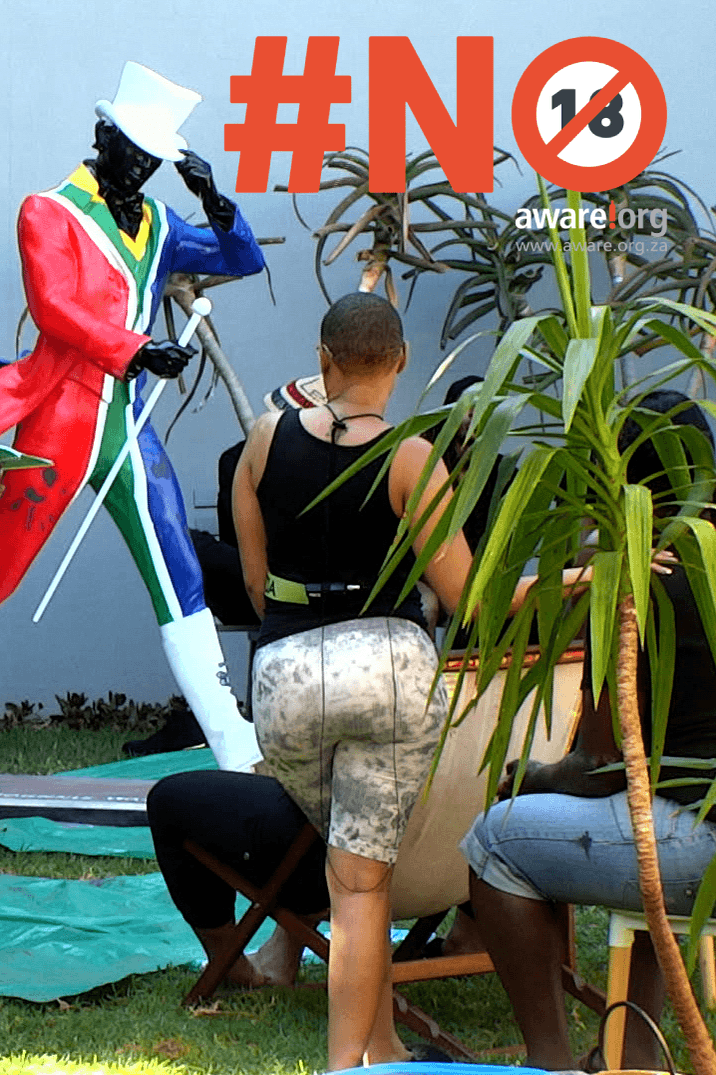 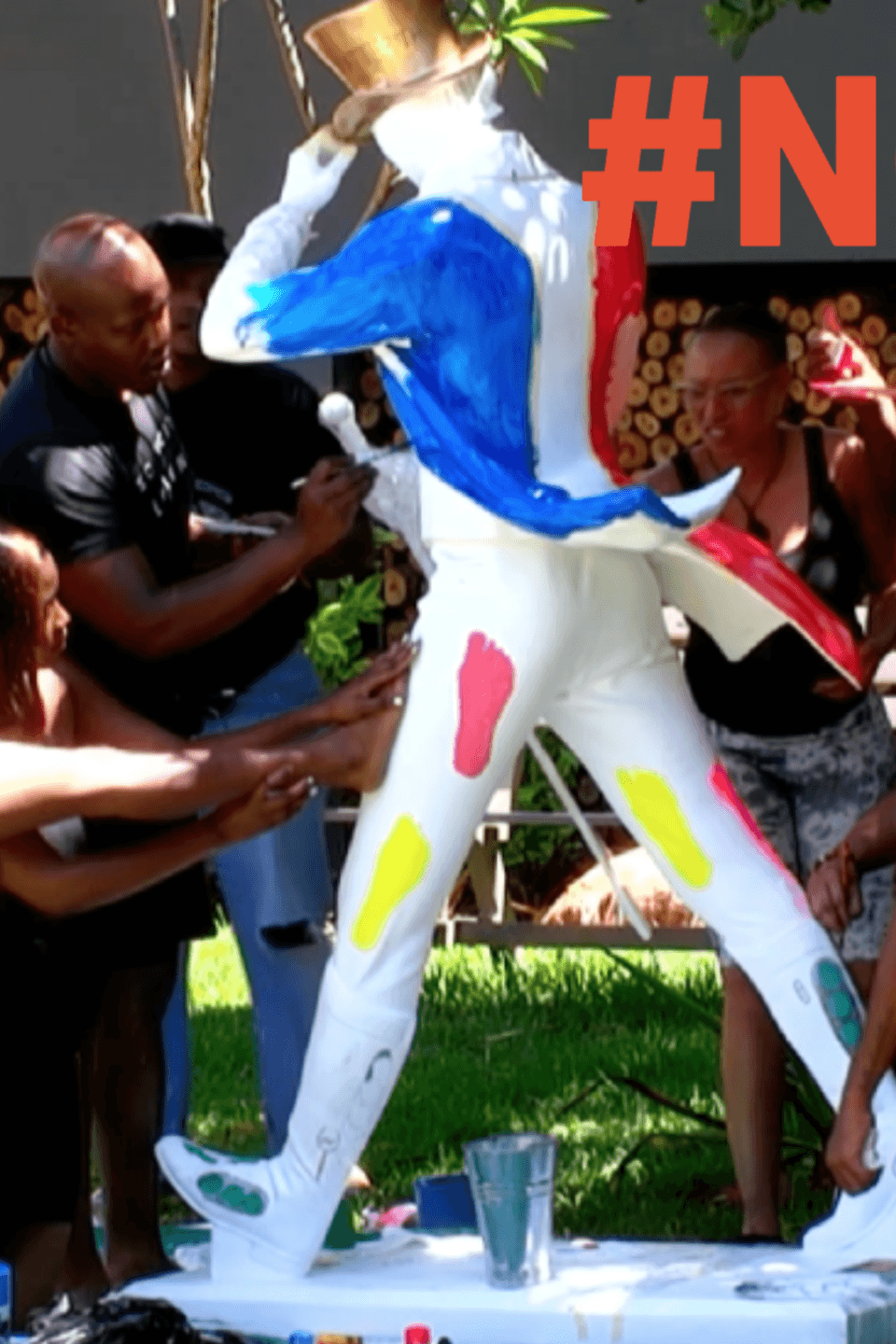 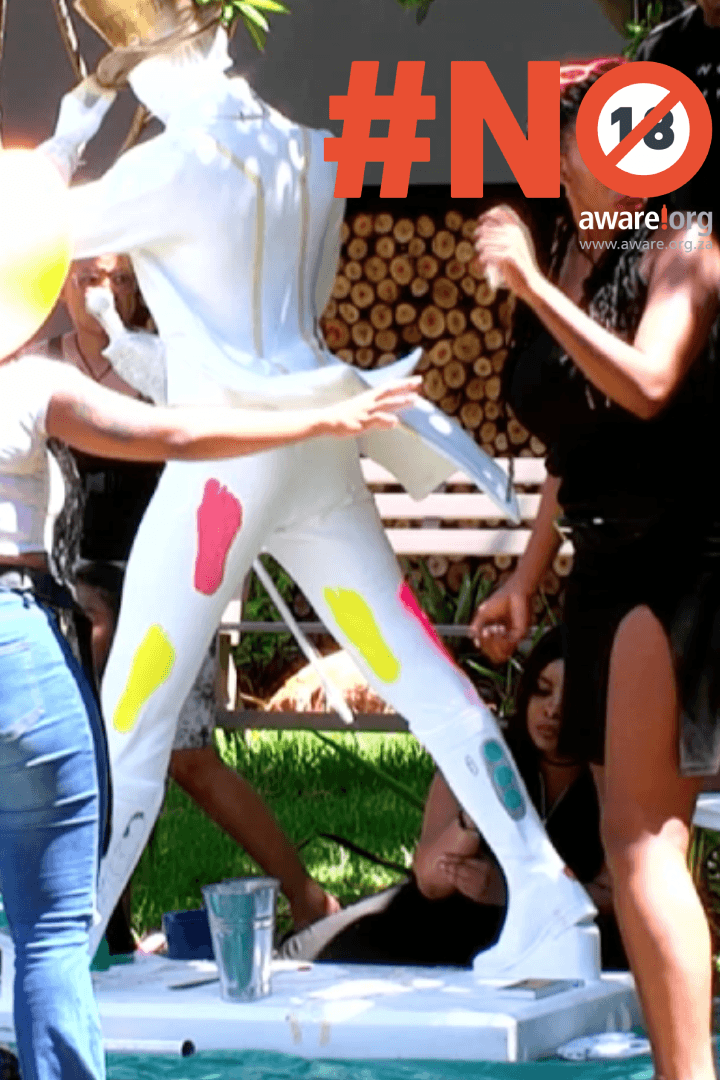 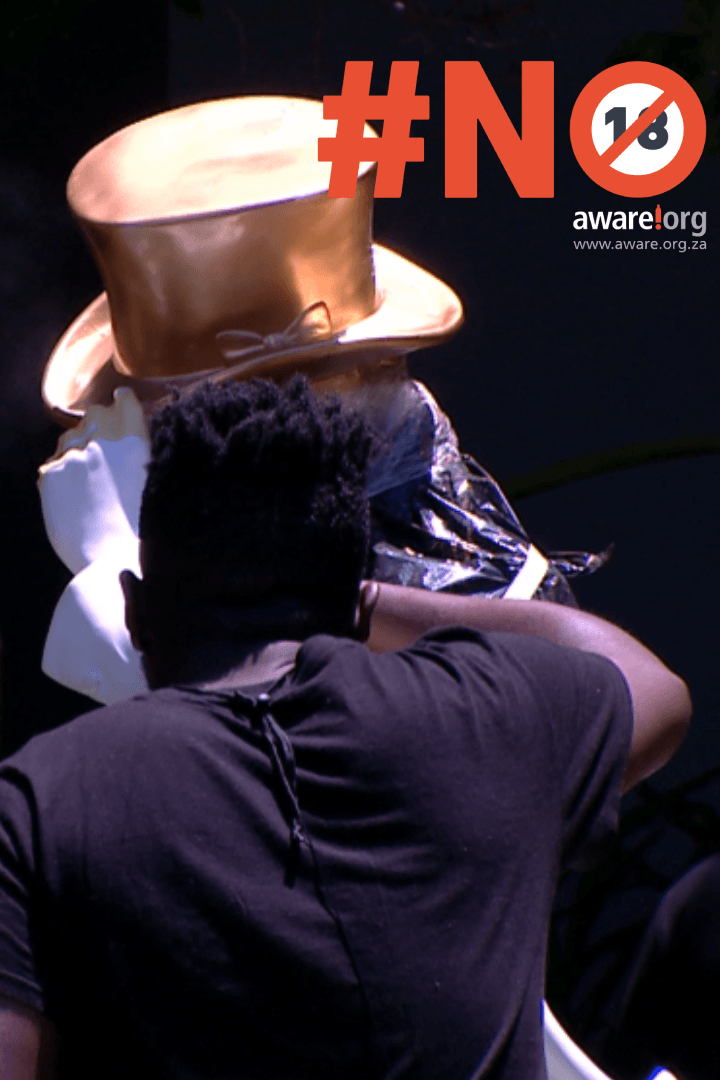 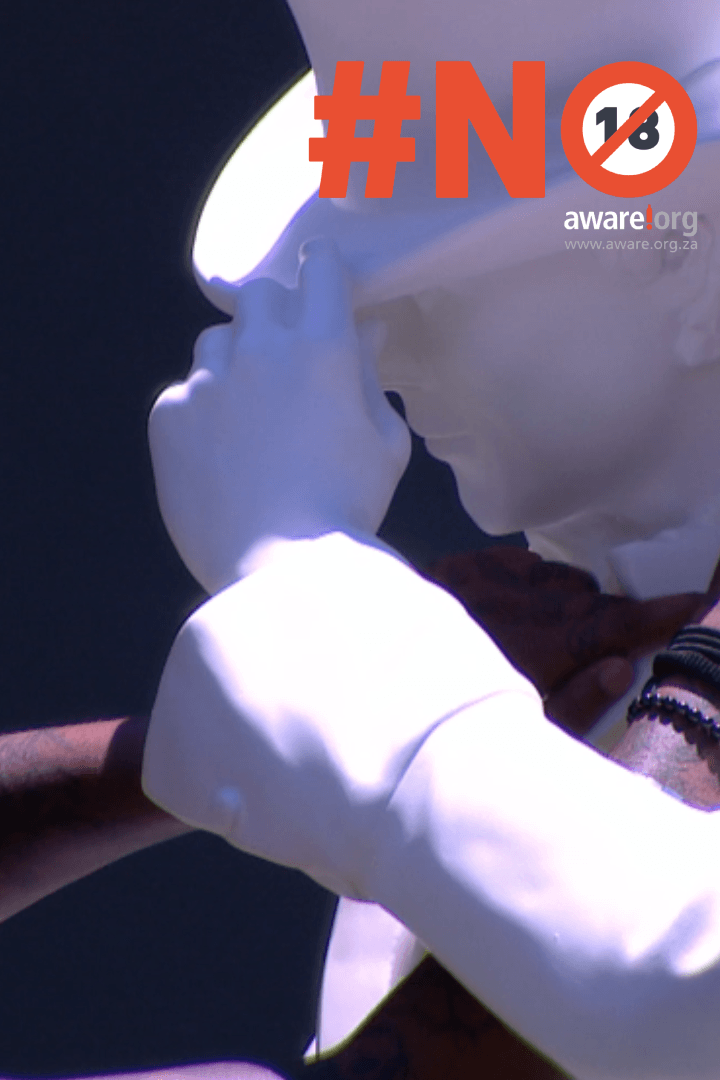 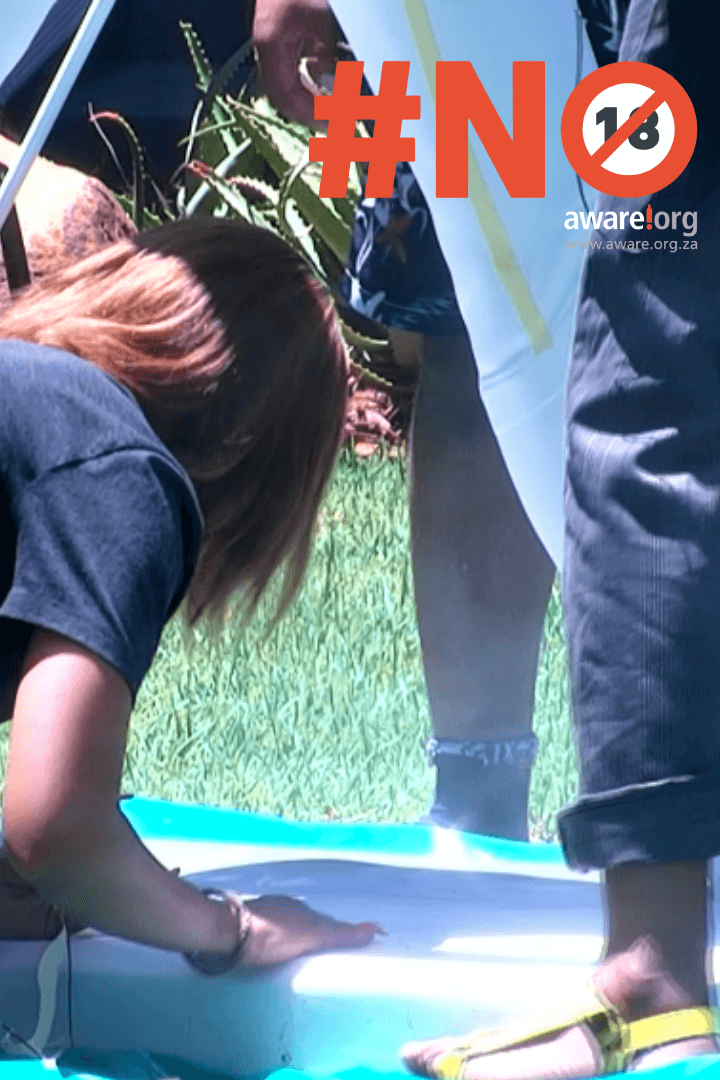 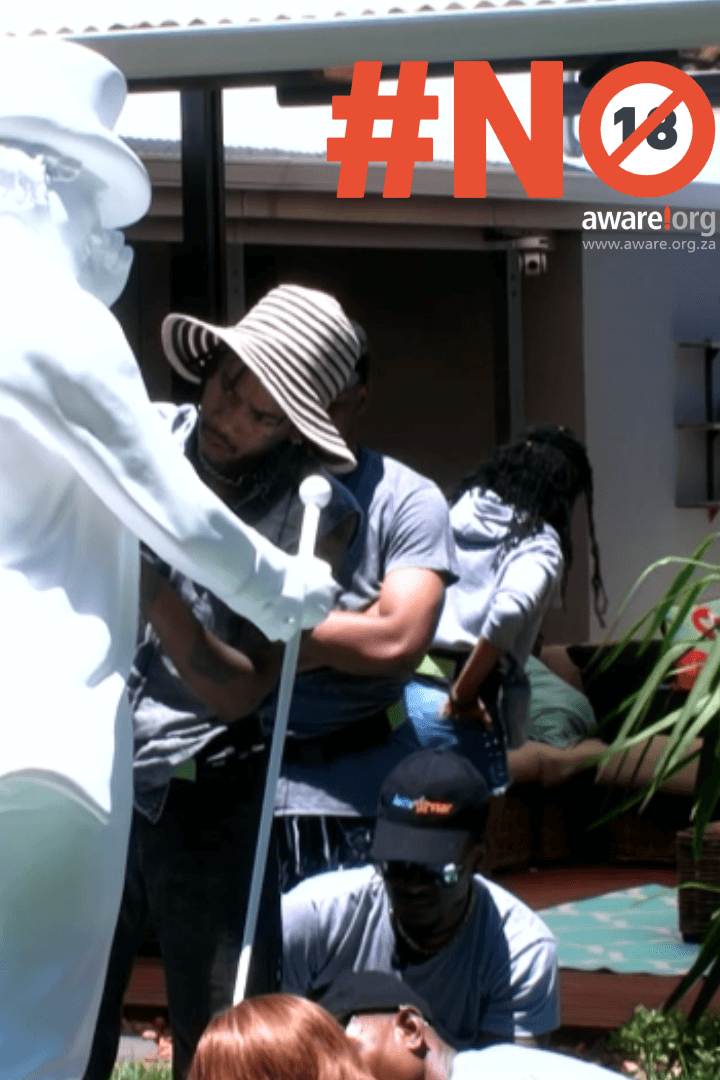 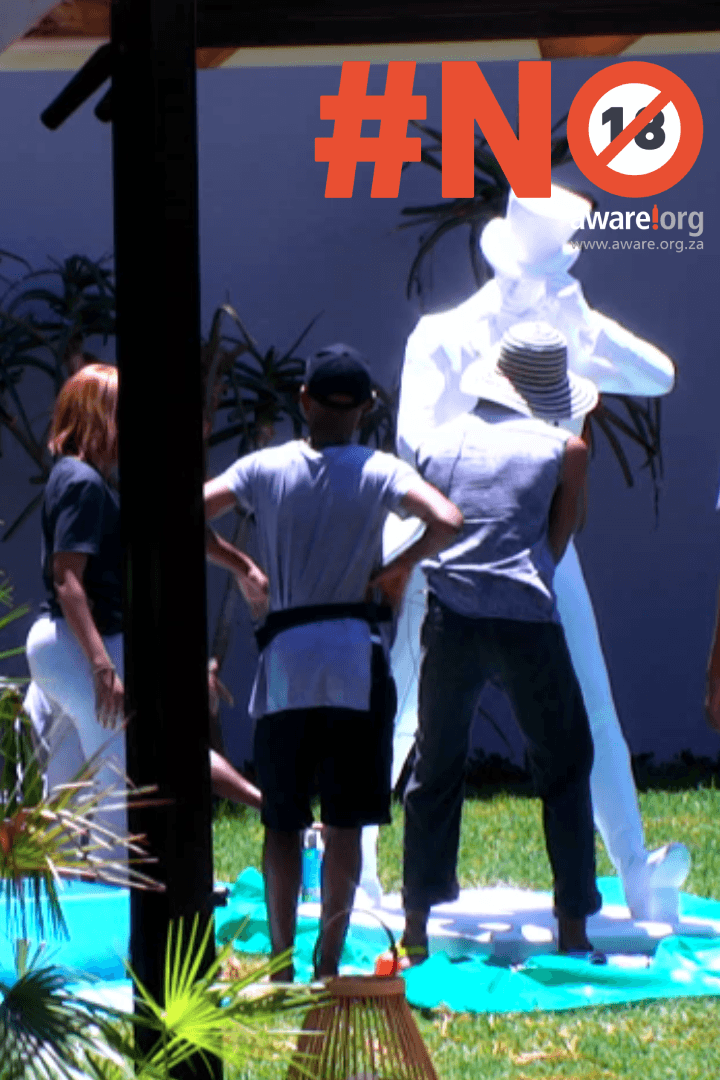 The Connoisseurs went first, with Nthabii making the presentation as their captain. She stumbled a bit and made the odd mistake when it came to remembering that the slogan was “Keep Walking”, she still gave a detailed explanation of how they executed their concept, including how the base represented a journey – one which they will never stop walking, purple pants that represent the “royal” taste of the brand  and the rainbow-coloured cuffs that represent the LGBTQI+ community.
Terry, as captain of Shades of Grey, followed with her presentation. Their statue had a white footprint on its back, which represents the struggles people against which people rise up. They also incorporated the South African flag as it represents them all as a group.
After that, it was time to await Biggie’s verdict – the jury is still out as to who won the Task. Watch this space…
Dinkybliss, Gash1, Mphowabadimo, Mvelo and Norman have been Nominated for possible Eviction this Sunday. You can VOTE to SAVE your favourite Housemate via Mzansi Magic website HERE and the Mzansi Magic mobile site by selecting contestants of your choice and entering your number of Votes and click VOTE. Voting via these platforms is limited to 100 votes per user. You can also download the MyDStv app for additional Votes. Votes are free and Votes are allocated based on your subscription packages. The Voting window closes by 10 pm on Thursday. (CAT)