Skip to content
Home » News » Alabama may use a novel type of execution that suffocates convicts by substituting nitrogen for oxygen. 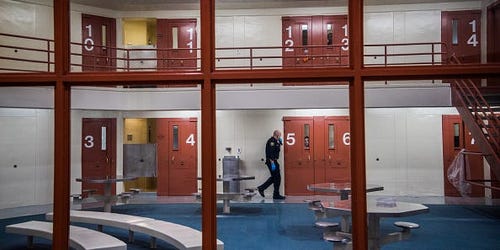 The state of Alabama may try out a new chemical execution method on an inmate this month in a process that involves wearing a mask and forcing the inmate to ingest nitrogen until it replaces oxygen and suffocates them.

According to the Associated Press, deputy Alabama state attorney James Houts said at a hearing on Monday that it is “very likely” that nitrogen hypoxia, the controversial execution method, would be available on September 22, when Miller is scheduled to be executed.

The method has been approved by Alabama and two other states but has never been used yet.

Corrections Commissioner John Hamm will have the final say as to whether nitrogen hypoxia is used on inmate Alan Eugene Miller, the report added.

Miller, a truck driver, was convicted of a triple killing that involved multiple workplace shootings in 1999. His lawyers said that they do not agree with the method being used and they do not want Miller to be the first person it is used on, according to the AP.