Skip to content
Home » News » A Rapunzel-style tower in the woods with no water or electricity is being offered for sale by a Scottish lady for $91,000. According to the seller, it’s perfect for anybody looking to live off the grid. 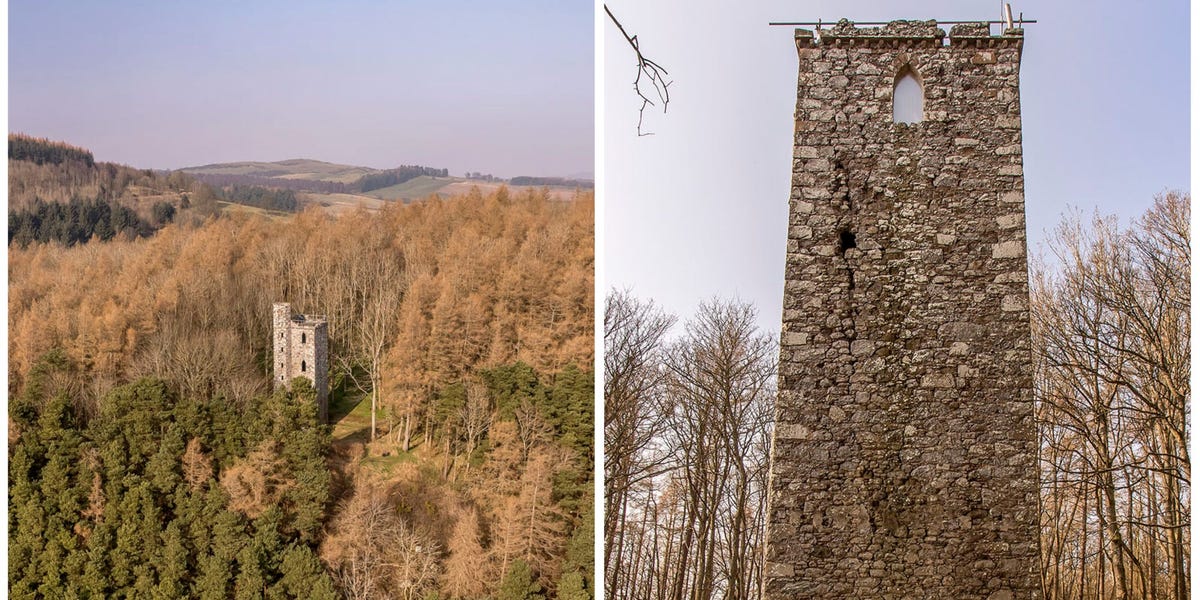 Vicki Galligan told Insider that she purchased Binn Hill Tower in Kinfauns, a village in Perthshire, seven years ago when her son was born, with the intention of renovating it into a weekend retreat for her family.

The four-story stone tower wasn’t liveable when Galligan purchased it and it still isn’t — there’s no electricity, and the stairs at the top of the tower have degraded over time, she said.

The renovations were never completed due to personal circumstances, Galligan said. But she said she hopes the future buyer is someone who has a vision for unique home transformations or off-the-grid living.

Binn Hill Tower has no running water or electricity

The tower dates back to 1813 and has Gothic-style architecture, according to real-estate agency Thornton’s online listing. The top floor of the tower has a panoramic view of Perthshire, a county known for its natural scenery, according to Visit Scotland.

Galligan told Insider that the ideal buyer should have “vision and imagination,” and someone who can “overlook obstacles that come with the tower and location.”

One of the main obstacles is the lack of water and electricity. Galligan said installing electricity may turn out to be “quite an effort and expensive,” as it would have to be routed through the forest where the tower is situated.

Nonetheless, she said that the property would be a great project for anyone interested in eco-friendly living. She said her original plan was to install eco-toilets and a solar and backup generator. And since there are fireplaces on each floor of the tower, she also wanted to install wood-burning stoves.

“If you wanted to live off-grid, this is an ideal time the way the energy prices are going,” she said. “Things are developing dramatically, so this would be an amazing project for eco-living.”

While the remote location might be unfavorable to some, Galligan said it was a major selling point for her when she purchased the property.

“People are put off by the lack of vehicle access, but that’s what I love about it,” she said, adding that it’s always an “eventful five minutes” walking from where her car is parked at the bottom of the hill and through the woods to the tower.