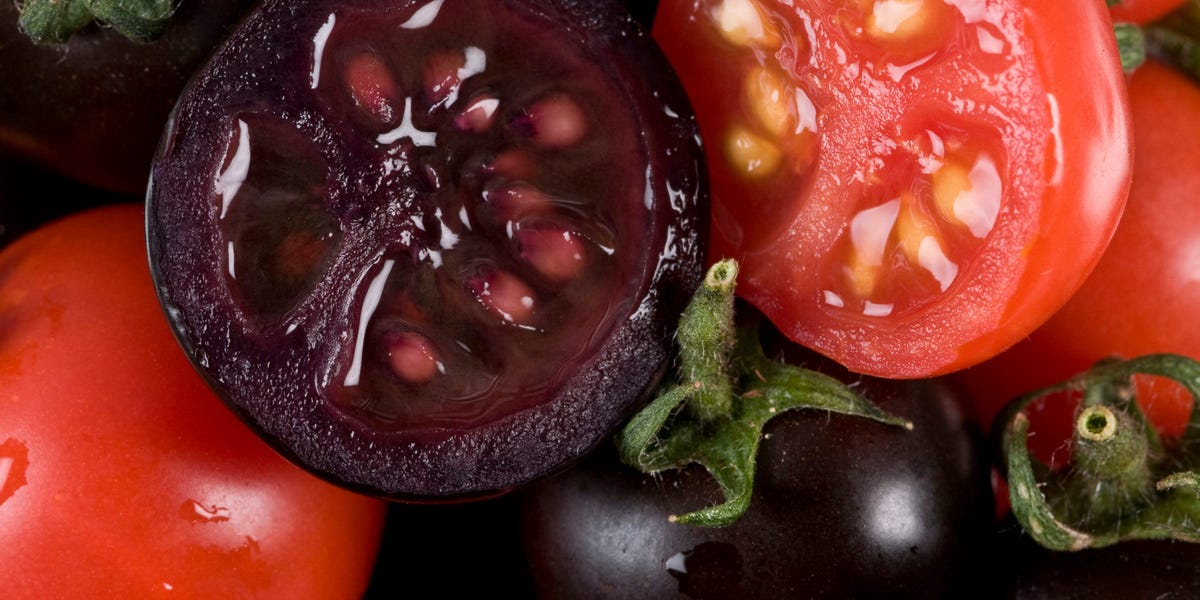 A new genetically modified purple tomato may soon be spotted in grocery stores across the country by next year after recent approval from the United States Department of Agriculture, CNN reported.

The fruit, which scientists said last longer than your average tomato and is healthier “was modified to alter its color and enhance its nutritional quality,” the USDA said in a press release earlier this month.

“From a plant pest risk perspective, this plant may be safely grown and used in breeding in the United States,” the department added.

The purple colors come from increasing the levels of what scientists believe is a cancer-fighting antioxidant known as anthocyanins, which turns the usually red fruit into a deep purple, according to the John Innes Centre UK. Other fruits and vegetables such as regular tomatoes, red onions and açaí are said to provide the benefits of anthocyanins.

A group of scientists — one being biochemist and professor Cathie Martin — produced tomato-tasting fruit to have high levels of the antioxidant, giving American consumers a kind of superfruit, CNN reported.

According to The Sainsbury Laboratory, Martin was able to develop the tomato “by engineering a precise genetic ‘on switch,’ derived from an edible flower,” back in 2008.

The fruit now needs to get the green light from the Food and Drug Administration for distribution, per CNN. However, there have been critics who have raised concerns that genetically-modified foods may have negative health effects, Insider previously reported. However, major agencies, such as the FDA and the Environmental Protection Agency, tightly regulate GMO foods.

Norfolk Plant Sciences, a company established by Martin and Jonathan Jones, is set to initiate tests next year to see which consumers are attracted to the purple tomatoes, per CNN.

“But a purple tomato – you either choose or choose not to consume.”