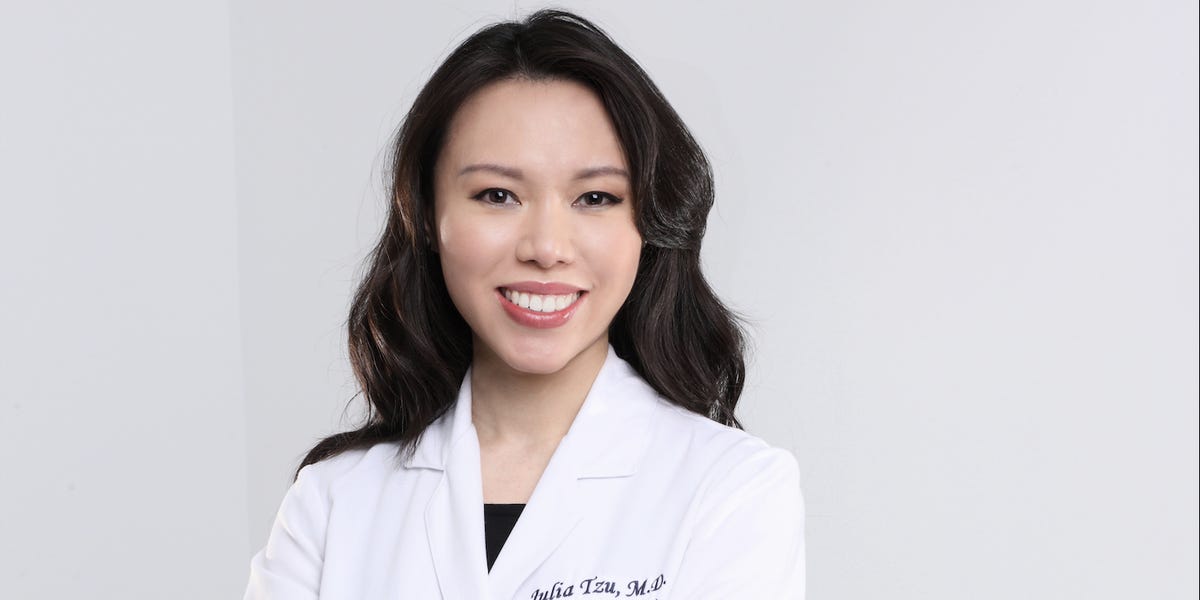 A dermatologist has shared the three changes she makes to her skincare routine during the transition from summer to fall to help ease the effects of the changing weather.

Cooler temperatures, lower humidity, and fewer ultraviolet rays from the sun makes the skin more prone to being dry and sensitive during this season, Tzu said.

Tzu has combination skin where the forehead, nose, and chin have more oil glands and thicker skin than the rest of the facial skin.

She said there are no “hard cut rules” for what to choose or avoid during the fall because skincare is highly individual, but she makes three key changes to her own routine:

Tzu uses more moisturizer in the fall than in the summer

As Insider previously reported, Tzu uses a light moisturizer in the summer. In the fall, Tzu changes to a cream moisturizer to compensate for the drier air.

As well as changing to a thicker moisturizer, moisturizing more often can also help counteract the drier air.

Tzu said that what constitutes a “heavy” or “light” moisturizer can vary, but generally lotions are lighter than creams.

Knowing which one to choose depends on the environment, as well as a person’s skin type, skin tone, any sensitivities or allergies, and medical skin conditions.

Tzu exfoliates less in the fall

Exfoliating can help to remove sweat, oils, or dead skin cells that can build up and cause break-outs. Generally, people should aim to exfoliate more during the summer, less during the fall and spring, and even less during winter, Tzu said.

During the fall, Tzu uses a chemical exfoliator called Bye Bye Pores from IT Cosmetics every other week, and a topical prescription retinoid every night, which is stronger and more irritating than an over the counter version. Tzu previously told Insider that people with dry skin need to be careful when using retinoids.

Tzu, with combination skin, doesn’t usually use physical exfoliants like microdermabrasions or scrubs.

“I am careful to not over-exfoliate because there is a delicate balance between preserving the integrity of the skin barrier and shedding off unwanted dead skin cells,” she said.

Tzu lowers the SPF of her sunscreen in the fall

During the day, Tzu mostly uses an SPF that is moisturizing enough so that she doesn’t need an additional moisturizer.

She wears SPF 40 and above during the summer months, and reduces this to SPF 30 in fall.

UV radiation, which causes irreversible sun damage, such as discoloration and wrinkles, is present all year round, just in lower amounts in the fall, she said.

Tzu said that people can continue to use a higher SPF all year around, which would afford a higher protection, but a higher SPF may feel thicker or less “cosmetically elegant.”