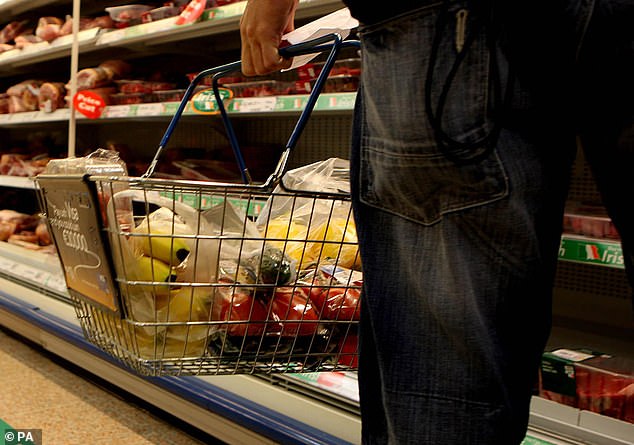 In the past 18 months, the cost of packed lunches for children has increased by 70%, as the cost of living crisis continues to burden struggling families.

Bread, ham, cheese, tomatoes, cookies, apples, yoghurt, and crisps, which are used to make children’s lunches, have increased in price during the past year.

The price of yoghurt has nearly doubled, while the price of bananas has increased from 73p to 97p on average.

The newspaper adds that the popular ingredients for creating children’s packed lunches now cost a family £11.87 for a week’s worth of food, which is a significant hike from £6.99 in April 2021.

It comes as data from research firm Kantar found a £571 yearly increase, or £10.98 per week, in the average UK household’s grocery cost compared to 12 months ago.

The cost of children’s packed lunches has increased by 70%, according to new research.

The cost of groceries increased by more than 12 percent in the previous month alone, surpassing last month’s record increase of 11.6%, according to data firm Kantar.

In the past month alone, the cost of groceries increased by more than 12 percent due to escalating food and beverage prices.

Milk, butter, and dog food all witnessed significant price rises of 31%, 25%, and 29%, respectively, and the average yearly grocery spend will grow from £4,610 to £5,181 if people do not shop around for better prices.

Almost one-fourth of all shopping baskets contain the absolute lowest store-brand value products, a 33 percent increase over the previous year.

During the most recent four weeks, total spending on all retailer-branded products increased by £393 million, increasing their market share to 51.1%.

The increase in take-home grocery sales was 3.8% for the quarter, the third consecutive month of improvement after more than a year of drop due to pandemic comparisons.

Separate data from Trolley.co.uk indicates that the price of basics such as milk, butter, and bread has skyrocketed over the past year, along with sunflower oil, chicken breasts, and coffee.

According to statistics, cash-strapped families face a £571 increase in annual food costs, with milk, butter, and dog food facing corresponding price increases of 31%, 25%, and 28%.

In the 12 months leading up to August, food prices increased by 13.1%, the greatest percentage in exactly 14 years.

In the meantime, baking enthusiasts will also feel the pinch, as the Office of National Statistics reports that basic components such as wheat and jam have climbed by about 30 percent.

The cost of materials to bake a Victoria sponge cake has increased from £11.19 last year to £13.50 this year, according to research from investment platform eToro, as reported by The Telegraph.

The Consumer Price Index (CPI) increased by 9.9% in the 12 months leading up to August, a decrease from July’s growth of 10.1%.

According to the CPI, the largest “downward contribution” to annual inflation rates between July and August was the decline in the price of motor fuel.

However, the statistics office cautioned that rising food costs had the greatest, largely offsetting, upward contribution to the rate shift.

According to supermarket comparison website Trolley.co.uk, the price of ingredients to make a Victoria sponge cake has risen by more than 20% over the past year.

And despite a modest decline last month, the United Kingdom’s inflation rate remains the highest among the G7 nations.

According to four out of five low-income workers, the current cost-of-living crisis is the most difficult financial position they have ever encountered.

More than half of the 2,000 workers questioned by the Living Wage Foundation reported using a food bank within the past year, with many increasing their visits in recent months.

According to the foundation, over half of low-income workers often skip meals, and about a third cannot afford to heat their houses.

According to the survey, about a quarter of all workers have taken out payday loans to fund basic expenses.

Katherine Chapman, director of the Living Wage Foundation, stated, ‘Everyone is feeling the impact of surging inflation, but our survey indicates that low-paid workers are being hit the hardest, with more than half visiting food banks in the past year.

These alarming data vividly illustrate what it is like to be paid less than the Real Living Wage during a cost-of-living crisis. It is more crucial than ever that those firms that can pay a wage based on the cost of living join the more than 11,000 Living Wage employers in the United Kingdom.