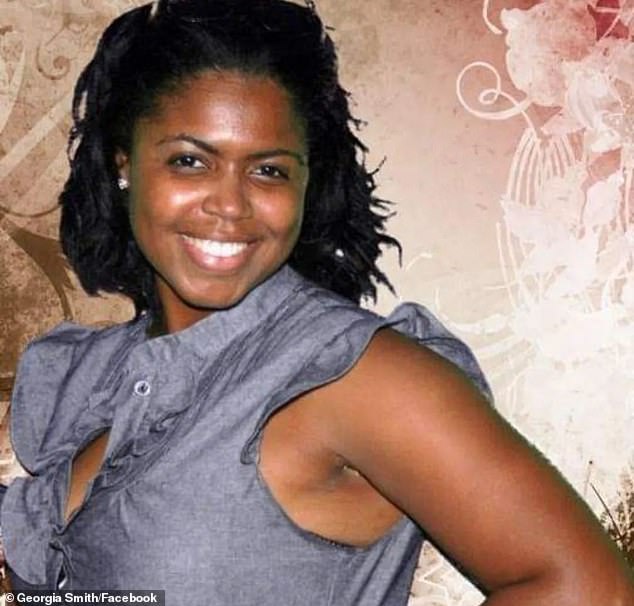 During an argument over the couple’s electric bill, a Florida man allegedly shot his ex-wife and her son in front of his two young children in the home the former couple shared.

Michael D. Williams, 47, of Deland, Florida, near Orlando, was arrested by the Volusia County Sheriff’s Office on September 18 after calling 911 and admitting to shooting his ex-wife Marsha Ebanks-Williams, 48, and her son Robert Adams, 28.

Williams told the operator, “Yes, I shot him and his mother,” according to the 911 call acquired by WESH. “I had my weapon on me, and as they attacked me, I had no choice but to draw it,” I fired at them.

The Sheriff’s Office questioned his claim that the mother and son hit him in the face and kicked him, citing the fact that his mugshot lacked any obvious injuries.

Chief Deputy Brian Henderson remarked during a press conference, “He alleges he was viciously assaulted by these two, but I don’t see anything on this person.” This does not appear to be a violent incident that merits many gunshots.

According to the Volusia Sheriff’s Office, Williams, who has a history of domestic violence and child abuse, surrendered to authorities at 8 p.m. without incident and stated that he and Ebanks-Williams were arguing over the energy usage.

Henderson stated that Ebanks-Williams, a mental health coach, had called police many hours prior to the attack, seeking “legal counsel” regarding “who has the power.”

Michael D. Williams, 47, of Deland (pictured) was arrested by the Volusia County Sheriff’s Office on September 18 after calling 911 and confessed to shooting his ex-wife Marsha Ebanks-Williams, 48, and her son Robert Adams, 28.

Ebanks-Williams (pictured) reportedly called the police hours before the shooting to ask for “legal guidance” after an argument with Williams over the energy usage.

Adams’ children Faith and Jeramiah (seen with their father) were home during the incident but were unharmed. The police suspect they are witnesses to the murders and are interviewing them.

‘Michael was unhappy because he believed they were keeping the lights on in the house, so he went outside and put a lock on the box, which Marsha and her son cut,’ said Henderson.

Adams’ two children, Jeremiah, 5, and Faith, 6, were unharmed during the shooting since they were inside the residence. The children reside in a Tallahassee residence and not in the house.

Henderson stated, “We suspect they may have witnessed this crime.” Your five and six-year-old children likely witnessed the death of their father.

To interview them, the Sheriff’s Office is collaborating with the Florida Department of Children and Families (DCF) and the Child Protect Team.

2 KILLED, EX-HUSBAND ARRESTED IN SHOOTING FOLLOWING DOMESTIC DISPUTE Sunday night, a DeLand lady and her son were tragically shot after an ongoing domestic conflict with the woman’s ex-husband. The woman’s ex-husband admitted to killing them and has been charged with two charges of first-degree murder. Sunday evening, just before 8:00 p.m., deputies responded to the incident at 1322 East Parkway, DeLand, in the Daytona Park Estates area. Michael D. Williams, age 47, called 911 to report that he had just shot his ex-wife and her son in self-defense. When deputies arrived, they contacted Williams, who was sitting in a parked vehicle in the driveway. Without incident, he surrendered and was taken into custody.

Marsha Ebanks-Williams, 48, and her son, Robert Adams, 28, were both discovered dead in the residence by deputies upon entry. The two children of Adams, ages 5 and 6, were also found unharmed in the residence.

Detectives determined that the defendant and his ex-wife had been embroiled in an ongoing conflict regarding domestic matters, including the electrical supply to the house, where they both still resided following their June divorce after ten years of marriage. Throughout the last few months, both the victim and the defendant had called the Sheriff’s Office to report verbal disputes regarding the property and living circumstances. However, no complaints of domestic violence or threats of violence were made.

Williams claimed on Sunday that he had turned off the electricity to the residence, locked the electrical panel, and fled. He reported that upon his return, he discovered that the perpetrators had cut the lock, restored electricity, and installed a new lock on the panel. This led to the dispute that resulted in Williams shooting both victims to death. Williams told officers that he was attacked, held down, and repeatedly punched in the face during the confrontation, but he only had minor scratches that did not indicate a substantial physical altercation. It is thought that the children witnessed the incident, and the state Department of Children and Families responded to assist with their care while their mother was contacted.

Williams was arrested in another jurisdiction several years ago for domestic battery, child abuse, and battery on a law enforcement officer, but he was not convicted of these offenses. After speaking with detectives, Williams was brought to the Volusia County Branch Jail early Monday morning, where he remains detained without bond.

Published by the Volusia County Sheriff’s Office on September 19, 2022.

Williams surrendered to police (shown) without incident after dialing 911 and admitting that he had shot the pair. He claimed they attacked him forcefully and he ‘essentially had to’ shoot them to save himself.

The police doubt his story because his mugshot (shown) does not depict him with any injuries.

The gun was found “locked in a box” inside the residence, along with the remains of the victims.

Henderson also disclosed that sheriff’s deputies were dispatched to the couple’s home ‘about five times this year’ for non-physical domestic disagreements between the pair, who divorced in June. They were married for a decade.

According to Henderson, none of these calls resulted in charges.

After police got on the scene, they encountered Williams in the driveway of the former couple’s home.

As part of the divorce settlement, it was agreed that Williams may reside there, but that Ebanks-Williams would sell the property and they would share the proceeds.

On Monday (above), he appeared in court and was charged with two charges of first-degree premeditated murder.

Deputies discovered the gun’secured in a box’ among the deceased victims inside the residence.

Monday saw the delivery of Williams to the Volusia County Branch Jail, where he remains without bond.

On Monday, he also appeared in court and was charged with two charges of first-degree murder with premeditation.

According to authorities, Ebanks-Williams, a mental health coach, and Williams had called the police “approximately five times this year” for non-physical domestic conflicts.

Ten years after their wedding, the couple separated in June.

Adams (shown with his wife) and his mother allegedly removed the lock off the electrical box that Williams erected outside the house to check their electricity usage, which enraged him.